Waking up to yet another story of the murder of police officers, I can't help but react negatively to 1A: Police vehicle (COPCAR). I'm not going to give it a rating, so weary am I of such news. Similarly, EUROPEDAY (9D: Annual celebration when a 12-star flag may be flown) is tainted by the recent Brexit, and by Boris Johnson being chosen as Foreign Secretary... but this puzzle was undoubtedly submitted before any of that happened, and anyway, the problems of the world are not Mr. Stulberg's responsibility any more than they are mine or yours. Which is to say that they really are yours and mine. And everyone's. What are we to do? Yesterday our car was parked three spots away from one with a Trump bumper sticker. It would be COMIC if it weren't so worrisome, so sad, and so real.

But before this review turns into an OPEDCOLUMN (29D: Place for airing an opinion ... or what five of this puzzle's Down answers contain?), I'll get back to the review. The four (well, five really, if you count the revealer) theme answers all run down, and all contain the letter string "oped." SLOPEDOWN (33D: Decline, as a ramp) seems a little arbitrary, and PIANOPEDAL (3D: One of three at the base of a Steinway) is only slightly better, but the other two are fine. As themes go, it's not one of the more exciting ones. 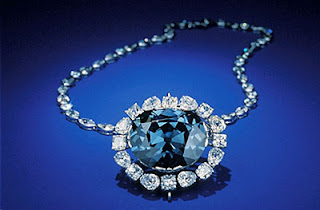 The fill contains some nice bits, like HAYRIDES (17A: Harvest festival events), COURAGE (15A: Bravery), KNAVE (54A: Scoundrel), and PUMMEL (45A: Pound repeatedly). On the "not-so-APPROVED" list are EYEDUP (43A: Assessed visually) (I would almost always say "sized up" instead), the unusual plural ODEA (41A: Ancient Greek theaters), and ALEVE. We frown on product names in puzzles. OREO has been beaten into us by now, and it, at least, has an additional use as a word in modern culture.

Overall, I'll call it a wash. It's probably more my mood than the puzzle, though. I hope you enjoyed it.