These J.A.S.A. crosswords are often interesting, I find, and this follows the pattern. The RINGCYCLE (59A: Wagner work ... or a possible title for this puzzle) was pretty well done, I thought. The only one that didn't seem quite right was the VENNDIAGRAM (22A: Place to find two Os), because I think of those as "circles," not "rings." The rest, though, are definitely rings, as evidenced by 30D: A O doesn't have one (END). If they had wanted the letter O, the clue would have read "An O ..." The theme's coda, if you will, of 64A: It's said at the exchange of Os (IDO) was a cute way of jazzing up a stock bit of crosswordese. 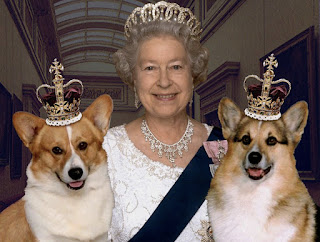 The two long non-theme answers are quite good too - PATCHOULI (13A: Scent in incense and insect repellents), reminds me of my old college roommate, Gregor. Who knew the stuff was used in repellents?! Also, GETOVERIT (62A: "Oh, stop moping!") is a nice bit of colloquialism.

1A: Attracted (DREW) gets a solid B. Nothing wrong with it, just not terribly exciting either. BOOYAH (8D: "How do you like dem apples?!") gets kind of an odd clue, but after thinking about it, I can't really complain, because I coudn't think of a better way to clue it. Maybe "Oh yeah!," but that's too similar. I enjoyed the word itself, though, as well as entries like OBSESS (14D: Lose sleep (over)) and GENIAL (23D: Nice) (Nice follow-up to "22D: You, in Nice" (VOUS)).

Some unusual proper names (MOIRA, LEONI), products (YUBAN, UGLI), and stock crossword fodder (ERIE, TAU, ACRE) providing the glue today, but there's nothing too egregious. Overall, I'll give it a thumbs up!