Today's solve started out just like a Saturday ought to start - with almost nothing going in on the first pass through the Across clues. I put in ODIE (15A: Slavering toon) and GROG (17A: Salty drink?) (the question mark gave it away), but it wasn't until 51A: Drug smuggler (MULE) that I knew I had my first correct entry. Then 53A: Yank with 25 grand slams (AROD) should, perhaps, have been obvious, but I no longer follow baseball as I once did, and I briefly considered "Ruth." Luckily, I was so sure about MULE that it allowed me to enter AROD on the evidence that "mr," "uu," "lt," and "eh" looked terrible going down. For those as out of it as me when it comes to baseball records, AROD is the all-time leader in grand slams, having passed Lou Gehrig's mark of 23 a few years ago. Manny Ramirez is third with 21, and Ruth is way back at 16, tied with Hank Aaron and Dave Kingman.

But enough about baseball. AINTNOBODY care 'bout that. 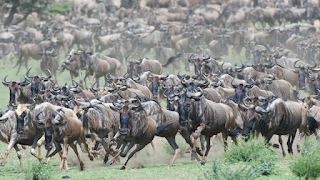 There were several answers that made me smile today, but perhaps none so much as the central pair of PAROLEVIOLATION (7D: Crossing state lines, perhaps) and FOLIAGE (31A: Leaves out in the open?). Those are both terrific. With the second, I'm not sure if the question mark helped much, but I'd still rather not see them at all on Saturdays. Haven't we all been trained well enough to expect deviant wordplay at the end of the week? Wouldn't it just be cooler not to have any question marks? That said, 28A: Cast mate? (TVWIFE) was still pretty great, and METEOR (36A: Shower component), without one, took several crosses. 47A: Pool cover (BATHINGCAP) certainly seems like it could have had one, as does 33D: Job for which you give someone a hand (MANICURE) (excellent). Maybe they at least set an upper limit on the number of clues that can have one...

Frannie and I did this together, handing it back and forth, and one time when she had it she said "I'm putting this in because I want it to be right, not because it is." When I got it back, I found 13D: "Claude Monet Painting in His Garden at Argenteuil," e.g. (RENOIR) answered with "selfie." If I ever construct a puzzle, I will have to remember that idea.

Overall, I was very satisfied with this puzzle. Sure, there were a few boring answers, like TEAMLEADER, MARIAELENA (18A: She was "the answer to a prayer" in a 1941 #1 Jimmy Dorsey hit) (you don't say), and WARATHOME (29D: 2005-07 sitcom about the Gold family, with "The"), but overall, the fill and the clueing were both top-notch. 1A: School for Rory Gilmore of "Gilmore Girls" (YALE), must, unfortunately, in deference to Colum's alma mater and Frannie's and my employer, be given a low grade. Let's say, B-. That's probably still too high, but one must try to be charitable, mustn't one?