I'm not usually a fan of "quote puzzles," where a single quote runs across several lines, but this is a kinder, gentler kind of quote puzzle - and a very odd one - where a short quote is run in double letters throughout the grid. There are no other sets of double letters, across or down, so the shading isn't completely necessary, but it sure made things easier toward the end, when I was able to put in the double Hs and the double Ys, which allowed me to get ASHHEAPS (78A: Some dumps) and BYYOURLEAVE (107A: Request for permission). 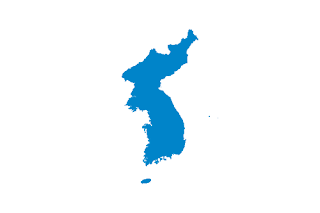 To make a puzzle such as this is completely unfathomable to me. How, and why, Mr. Berry conceived of doing such a thing is beyond me. And how, having come up with the idea, he was actually be able to make it work while still keeping the fill reasonably clean, is, well, impressive. That Berra's own name is used as theme material is gilding on the icing.

And on top of the theme, which, by the way, is the YOGIBERRA quote "A nickel ain't worth a dime anymore" (but if you double it, it is worth a dime?), the puzzle is filled with enjoyable non-theme items. TOWIT: 7D: Head guy in "Hamlet"? (YORICK) hilarious, 21A: Like pets but not strays (NAMED) (I tried "owned" here, but that was too obvious), 39A: U people? (PROFS), 62A: Tank tops? (GASCAPS) (I tried "turrets," but Frannie corrected it), 66A: Corresponding expense? (POSTAGE) (outdated, perhaps, but still lovely), 68A: Person with an account (NARRATOR), and many others.

Sure, I can maybe find a few oddities, like ASTON (59D: ____ Villa (English football club)) or LAYNE (92D: Football Hall-of-Famer Bobby), and could maybe complain about a few bits of crosswordese like ELS, NEHI, or SHO, but I'm not going to. This was a very good Sunday puzzle.