I was on Ms. Silverstein's side right off the bat today, when I guessed MOCKERY (1A: Ridiculous imitation) (B+) and was off and running. I was momentarily sidetracked by guessing "clefs" instead of NOTES for "8D: F and G, but not H" (isn't there something about "H" actually being used in some notation? A fact that allowed Bach to write music that spelled out his name? Colum?). INAFEY (18A: "Mean Girls" screenwriter) cleared up that little glitch, though, and I was back on track. 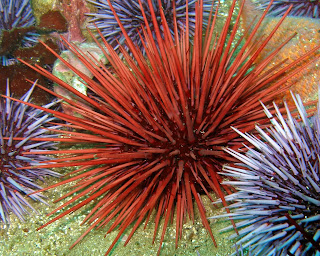 The long downs of RIGHTANGLE (6D: Part of a square), PAPERTHIN (20D: Like motel walls, it often seems), and AEROSOLCAN (29D: Sprayer) were nice, but came very easily. Perhaps they were clued too well? Is that a thing? DEFEATIST (12D: "Glass half empty" sort) and CHALKUPTO (32D: Attribute as the cause of) were also good. As was the slanted stack of Horizontals in the center. I hesitated on the Kafka for a long time because I misremembered it as "The..." instead of AHUNGERARTIST. No big deal, though.

Overall I very much enjoyed this puzzle, but it was over a little too quickly. Still, that's not a fair complaint, so let's just say Thumbs Up!

I'm cutting this short, because we have a very busy day. Perhaps more insight will be found in today's comment section!

p.s. Congratulations, Ms. Silverstein, on your debut puzzle! I look forward to seeing many more from you.
Posted by Horace Fawley at 5:09 AM