I'm afraid that a lot of my time doing this puzzle was spent trying to make "ThreewaY" work for "26A: Relationship with two other lovers, both of whom consent" (TRIAMORY). I was all excited, and then I was all like, "Huh?" I mean, sure, I understand TRIAMORY, but who has ever said that before? or heard it? or wants to hear it after being amazed that "threeway" got into a puzzle? Oh well. Silly me. Now I just feel like a TNUT! 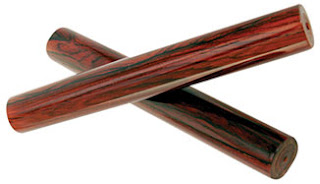 Anyway... a lot of my time after doing the puzzle was spent trying to figure out what Mr. Woolf meant by "... and a hint to every four-letter answer in this puzzle." I examined a few to see if there were alternate answer possibilities, then I looked around to see if the four-letter combinations appeared in a different way elsewhere in the grid, then I went over to XWORD Info to see what was up! Turns out, I wish I had given it a little more time... each four-letter answer is made up of two state abbreviations! Wow! Suddenly, the puzzle goes from HMM to near SAINTDOM. Well, let's not go crazy - we've still got AAU (43A: Nonpro sports org.) ("Amateur Athletic Union" - really?!?), TEHEE (69A: [Titter]) (two strikes there, one for the missing E and one for the clue), TWI (59D: ____-night doubleheader), ALLA (54D: ____ breve), and a few other oddities.

But for that junk we get the great theme, plus tremendous bonus fill like INGLORIOUS (3D: Causing shame) and SHILLELAGH (32D: Cudgel made from a knotty stick). And HOLLOW, TOLDALIE (42D: Prevaricated), and SNEAKERS (4D: Court tie-ups?) ain't bad either. 1A: Light beam splitter (PRISM) gets a B. Who doesn't like a PRISM?

It's an ambitious theme (that needed an ambitious 16x15 grid!), with some very good fill and some pretty bad glue, but on balance, I give this a thumbs up.