I loved this puzzle. The movement from quarter to quarter was a TAD constrained, but CMON, that’s a small thing compared to the answers and clues, right? And the answers and clues were very strong. Two of my favorites, ironically, meet at the site of my one error – 42A: Malfunctioning (BUM) and 44D: Rank and file (MASSES). Is it just me, or did it seem like this was clued by a completely different entity than normal? Meaning, I guess, that maybe Mr. Shortz left more of the clues alone this time. I tried, “BUg,” thinking that maybe “malfunctioning” was being used as a noun. As in, “There was a malfunctioning in the computer software.” But no, it’s an adjective, as in, “I’ve got a malfunctioning leg.” And “rank and file” is another great way of clueing MASSES. 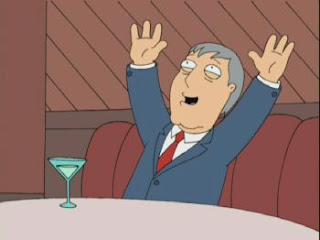 Elsewhere we have the lively LIVEALIE (34D: Be what one isn’t), the hip FLAMEWAR (11D: What a troll may perpetuate), and the amusing TIGHTWAD (7D: Scrooge), KOWTOWS (27A: Is a kiss-up), and SOBERUP (23D: Recover after being wrecked). RUFFIAN (40A: Tough) is a great both in answer and clue. SUNIN (28D: Longtime hair lightener brand) takes me back.

It’s Saturday, and there are, as one might expect, plenty of entries I flat-out didn’t know: KETT (50D: Last name in the funnies for nearly 50 years), FAGIN (41D: Charley Bates’s mentor, in literature) (I don’t read), ANZIO (38A: W.W. II landing site in Italy), and LIANE (18A: Actress Balaban of “Supernatural”) to name four. It’s a little funny to see LAMAS and RAMA in the same grid, and there’s a little gluey stuff like GOI (51A: “Let me ____ pray thee”: Exodus 4:18), IVS (39A: Hookups on “House”), and DST (55D: Ariz. Doesn’t observe it), but even those are given above-average clues. I do not recognize Ms. Ellerin’s name, but I will be watching for it to appear again. This was a high-quality Saturday!