Boy oh boy it took me until the very end to figure out that it was the PHONETIC alphabet they were talking about. TANGO (7D: *Dance craze of the 1910s) should have tipped me off, I suppose, but I kept looking for more than just a circled letter with the asterisk clues. A rebus, a missing part, something, anything slightly tricky... but no. Just circled letters and asterisked clues, the answers to which were part of the phonetic alphabet. Hmph. 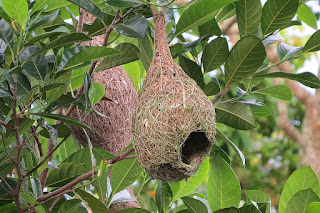 The theme may have been a little lackluster, but Frannie and I enjoyed many of the clues. 47A: Run out of clothes? (STREAK) is nice, and 50A: Spring breaks? (OASES) was very tricky! I mistakenly guessed "I am a rock" for 66A: 1969 Simon & Garfunkel hit in which "lie-la-lie" is repeatedly sung" (THEBOXER), and then when I realized that must be wrong, I spent about thirty seconds singing the song until I finally got to "... In the clearing stands a boxer..." And speaking of mistakes, I tried "beastly" for BESTIAL (44D: Inhuman), but I like the real answer better.

CORTEX, OVERTIP, CLICHE, CHINUP - all good. In the not so good camp I put TILTSAT (29D: Battles against) (and just yesterday I was praising "atilt..." - I told you, that's how it goes!), UTAHAN (I don't care if that's what they call themselves, I don't like it), and my least favorite - CDEF (13D: Scale opening). I had tried "dore" which I would have liked slightly better, but the sheer arbitrariness of CDEF is off-putting. Can I now expect to find "gabc" with a similar clue?

1A: Put next to (APPOSE) I give a B. No one ever says APPOSE, but I can't fault it for that.
Overall, I guess I'll call it a wash.

p.s. I suppose Huygens will suggest that ATEAT (56A: Bothered no end) could have had a more suggestive clue...