Today, a puzzle commemorating everybody's favorite agency, the TSA. The cross of THA[TSA]MORE and SE[TSA]IL gave it away fast, but LIGH[TSA]BERS and MOR[TSA]HL would have done just as well. The bottom pair came much more slowly, and I was mired in the SW for quite a while at the end. The ARAWAK (38D: Onetime Caribbean native) / KETONE (60A: Camphor or fructose) cross did me in. I think I guessed an S there right off the bat, and then flailed around until I chanced upon the somewhat familiar sounding KETONE. I don't want to cop an ATTITUDE, but TOTALER (39D: Summer) isn't all that great a word, although it is elevated by the amusing, non-question-marked clue. (Less successful are DIRER and EVADER.) 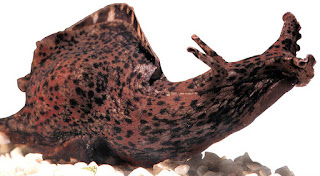 As is perhaps well-known, this reviewer loves a rebus puzzle, and having non-symmetrically placed rebus squares makes the challenge slightly greater, but overall this puzzle didn't put up much resistance. Slightly unusual entries like KAHUNA (2D: Bigwig) and FOMENT (15A: Whip up) took a cross or two, and unknown (to some) names like EWEN (65A: Actor Bremmer of "Trainspotting" and "Black Hawk Down") and ELENA (56A: ____ Gilbert, protagonist of "The Vampire Diaries") took almost all of them.

There are a handful of lovely entries - GENERALS (11D: Warheads?), CONTRITE (34D: Saying "Sorry," say), and KNELT (23A: Prepared for dubbing), for example, but then we have things like SUDSES (43D: Lathers up), GES (22D: Some TVs) (I didn't know they made them!), TESSAS (16D: Characters in "Romola" and "The Gondoliers"), and the very outdated ELYSE (51D: "Family Ties" mom). Yesterday, for some, the theme compensated for lousy fill. Today, the negative thoughts brought to mind by the TSA diminish its own value as a rebus, and cannot save this review. I certainly didn't hate the puzzle, but I didn't love it either.