Today, solving the puzzle in the actual newspaper, on the last full day of our vacation at the seaside, with a full cup of coffee beside me, the first rain of the week tapping at the window behind, and the blue flames of the propane floor-heater softly purring in the next room, well, it was damn near perfect. It was almost unnecessary that the puzzle be any good after such a set-up, but happily, it was! 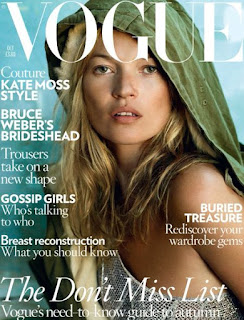 I don't think I've solved a puzzle on paper since the ACPT, but I really should do it more. I proceed much more cautiously, and it becomes more like a chess game where I try to hold as many possibilities in my head as I can, except that in the case of puzzles, there comes a time when the correct action is knowable, whereas in chess - for me anyway - that certainty never arrives. My first entry today was VARIETAL (1D: Chardonnay or merlot), which was supported by my initial assumptions on VOWED (1A: Swore) and ABIDES (13A: Stomachs), and pretty much confirmed by TEA (24A: Subject of a controversial tax, once). Once all that was in, the NW was quickly done.

IMEANREALLY (18A: "Oh come on") got me out of that quadrant (because LAKSHMI (32A: Hindu goddess of prosperity) sure wasn't going to!) but all I could really get off of that was the MAJOR part of 15D: Setting of "Eine Kleine Nachtmusik." I should probably have been able to guess that it was in G, but, well, when solving in pen, I'm not so willing to make that kind of a guess.

1A: Swore (VOWED) - B+ - It's a fine answer.
Favorite: 53A: Become lightheaded? (GOBLONDE). This got a chortle.
Least: MAYBES (42D: Some R.S.V.P.s) - I don't like this mostly because no one should RSVP as a maybe. Just make up your damn mind and commit already! One way or the other. Think of your poor hosts! Do they set two more places or not?!? They're already stressed out enough as it is without having to deal with you and your "What if something better comes along" attitude! Sheesh! Enough already!

Loved learning about PHLOX (27A: Flower whose name is Greek for "flame"), and RIJKSMUSEUM (49A: Home of Rembrandt's "The Night Watch") was great. Also loved PHSCALE (6A: 7 is in the middle of it) and VJDAY (46D: Time of surrender in '45) for their unexpected run of consonants. Didn't particularly love CENTUPLE, and it is far too painful to be reminded of the end of the OBAMAERA, but overall, this was a very enjoyable puzzle. A great end to a very strong Turn, and a fun month of reviewing. Either Colum or Frannie will take over tomorrow, I'm pretty sure, and I'll see you again in a month or two. Until then, Happy Puzzling!