Abba EBAN is just the kind of proper name that requires me to rely entirely on crosses, and in this case, one of them let me down. I interpreted "11D: Cried dramatically" (BOOHOOED) as "yelled" or "called" dramatically, and entered yOOHOOED rather early on. And EyAN seeming almost as plausible to me as EBAN, I left it in. Oh well. He seems to have been quite the orator, and I will try to add him to my knowledge of mid-twentieth century figures in international politics. 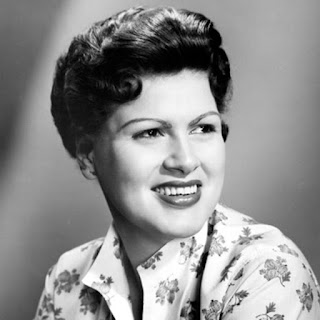 So that's one disappointment. Another was 1A: Piece of equipment at a rock concert (GUITARAMP) (B-), for which I quickly and happily entered "amplifier." I was glad to think that the oft-abbreviated crossword favorite was getting a chance to show itself in all its glory, but no, it was once again abbreviated. Oh, ok, I suppose "amp" is an accepted word without a period, but come on, it's still an abbreviation. See also: TECHSCHOOLS (27A: Engineer training centers).

Let's move on to things I liked. TALLAHASSEE (33A: Major U.S. city with three pairs of double letters in its name) (and a great album by the Mountain Goats!) was lovely, and I was also very happy to see GALLIVANTED (34A: Went from place to place)! Such a good word. YPRES (41A: W.W. I battle site) was timely for me, as I have recently been doing some transcription of WWI documents over at Europeana's Transcribathon. Very interesting to read first-hand accounts from that time.

PRICE (42D: What's always found in quotes?) got a nice clue, but 48D: Letters on old film boxes (AGFA) seemed cheap. Would that clue be allowed if the answer were "Fuji" or "Kodak?"  I know they were probably hoping we'd try "Asas," but I don't like it. I also wonder what the sisterhood would think of GIRLCODE. Doesn't sound like a term nuns would use. I assume it's not referring to nuns, but still... And "55A: Spongy toy going up in popularity?" (NERFROCKET) didn't really make any sense to me either. Yes, I know what NERFROCKETs are - I even had one! - but what's funny or fitting about the "popularity" part?

Adding to my displeasure were such things as HAVEA (30D: Words with cow or ball) and TARED (33D: Like many a purchase weighed at a deli).  Do the ASSETS outweigh ACOUPLE of less-than-idea entries? Sometimes, but there were a few more than a couple today.