Inside four mild-mannered (well, maybe MADEMONEY doesn't fall into that category) entries today are found INNERDEMONS! My favorite is CODEMONKEY (52A: Computer programmer, disparagingly), but it's pretty cool that one is also found in CLAUDEMONET. It's a common occurrence for artists, although I don't remember hearing about Monet being particularly crazy...

Some nice bonus downs in the "chunky-for-a-Monday" corners, including ALLMALE (2D: Like Chippendales revues), ANOINTS (11D: Ceremonially names), LOVETAP (12D: Light, friendly punch), MADDASH (42D: Frantic rush), and INAWORD (45D: "Briefly ..."). Sure, we also get SOAPING (3D: Marking, as windows on Halloween) (?), but it's heavily outweighed by the rest. 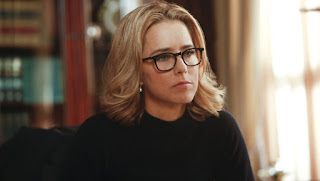 I enjoyed the rebuke in 38D: Source of arrogance (EGO), the slapstick comedy of 53D: Attacked from below the hip (KNEED), and the strangeness of 39D: Jaw-dropping opening? (YAWN).

I'm a little down on DYAD (51D: Twosome), especially on a Monday, because it's nothing that anyone ever says. It might be nice if it were used - "Boy, that Horace and Frannie sure make a nice DYAD, don't they?" - but it isn't. And HAJI (33A: Muslim pilgrim) is always a little confusing, as I've seen it also spelled "hajji" and "hadji," and Wikipedia adds the variants "alhaji," "al hage," "al hag," and "el-hajj." And if it's a woman pilgrim, it's "hajjah." I think "hadjii" is even acceptable in Scrabble. Maybe that's plural.

Anywho, that's quite enough on that. There were enough GAINS today to avoid me getting too DOWNON the puzzle. Maybe not enough to get a WOW, but certainly enough to keep me from being CRUEL. (I sometimes wonder whether constructors, if they happen to read these reviews, are amused by these appropriations of HANDY grid content, or if they roll their eyes and YAWN.)

Posted by Horace Fawley at 4:16 PM