Frannie here, filling in for Horace who is busy filling cookie tins for tomorrow's holiday party at the office.

Mr. Polin has hit upon a clever theme. To make peace, we must BURYTHE HATCHET by leaving the letters AX off the ends of four down answers as if they were buried below the bottom of the grid. My favorite was NONEOFYOURBEESW[AX] because that is a great expression, but STELLARPARALL[AX] is also excellent. I suppose PERSONALINCOMET[AX] is no less good as a puzzle entry, but it's difficult to SITBACKANDREL[AX] with it because it has the word tax in it.

The disappearing AX's didn't cause me much trouble, but some Very basic things (LYES) did, unfortunately, where they crossed with 44D (Chuck who was part of the Watergate Seven). It was a dumb mistake because I knew the clue meant basic like lye, but I convinced myself that dYES were basic, too, and that COdSON was a perfectly cromulent surname for Chuck. My knowledge of the Watergate Seven and, for that matter, Laptev Sea feeders is for SHIH.

I like TANK meaning to fail, or Fall apart, so I'm giving 1A a A-. The minus represents a quibble with the "in competition" part of the clue, which seemed unnecessary - people can tank on tests, can't they? - but also fine.

Also in today's quibble corner, or perhaps, more precisely, confusion corner, was the clue "Hand on a hacienda" at 17A (MANO). Why is the hand on the hacienda? It seemed to me like an awkward way to ask for the word for hand in Spanish, but maybe I'm missing something.

But, enough with the quibbling. Overall, I enjoyed the puzzle. There were a number of clue/answer pairs with the parallelism that I enjoy. For example, Tricky situation/SPOT (54D) and Goof/FLUB (37D). OHSO nice. I also enjoyed
LIONEL (Model company?) - Ha!
ARMORY (Store with magazines) - apt!
BURL - great word!
MOCK and IRON - both nice part-of-speech twists relative to their clues.
ELF - Tiny fey sort struck me as a cute clue. (I just mis-typed elf as EFL which made me imagine an Elf Football League. Talk about Fantasy Football!
OBOISTS is a crazy looking word, isn't it? 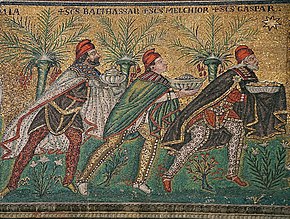 I wouldn't call it ATON, but there is a bunch of three-letter crosswordese. I was happy to see EEL again - it's been too long! - but CPAS, CTA, AOL, SNO, and ETTA were not STELLAR. However, I'm not going to fight about it. :)