I learned the name of a new cheese today: SIRENE. From the Wikipedia I find that it is especially well-known in the Balkans, and in the Bulgarian language, SIRENE is used as a general term for any type of cheese. Perhaps uncoincidentally, in Israel and Lebanon SIRENE is called "Bulgarian cheese." Wikipedia also backs up that it is essentially identical to Feta, but Feta is a "Protected Designation of Origin" name that can only be used if the cheese comes from Greece. 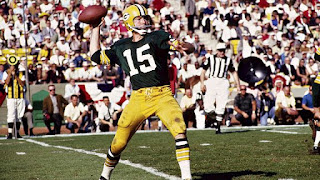 So that was interesting. The cross with FERRITE (16A: Iron compound found in steel) was an educated guess, and one that most people will probably be able to make, but still, that's a tough cross. And in a somewhat amazing coincidence, the symmetrical crossing square is also difficult: TOEPOKE (60A: Unconventional soccer kick) and MINOSO (47D: Minnie who played in Major League Baseball in five different decades). The Cuban Comet's last game was 37 years ago, and I've never heard TOEPOKE before, despite having both played and followed soccer at various points in my life. I guess not seriously enough, though.

1A: Certain chemical weapon (GASBOMB) - D-. Probably should be F.
Best: the word "trenchant" which I keep wishing were the beginning of 18A.
Worst: AMA (37A: Reddit Q&A session, briefly) - What is this?

There was some good material in here - LENIENT, EFFUSED, AVIATOR, and VAGRANTS (32D: Drifters) are all fancy, but I didn't particularly love the overall vibe. That GASBOMB beginning was off-putting, and then there's MOTH-eaten and DIE and GOKAPUT and REFI, LIA, URAL, and OTIC. Hey, Frannie noticed that "ambush" has exactly the same number of letters as WAYLAY (63A: Attack from a hiding place), and as she entered it she thought "What a perfect clue for that word." Indeed, "ambush" is used as a definition for WAYLAY in my dictionary.

Looking it over, I see lots of good, but for some reason, it just didn't enchant, rivet, and delight me. Perhaps it was that entrance that didn't entrance me...

p.s. I see that this is a debut, which makes me a little sorry I didn't like it more. I will say that I much preferred Mr. Kramer's original revealer, "Hidden entrance," that he mentioned on xwordinfo. As I said, I see a lot of good, and I look forward to seeing his next effort!
Posted by Horace Fawley at 4:34 PM