Boy, this went well for me. I was solving it last night as Frannie was flipping through TV channels, and somehow that white noise (like Glenn Gould's vacuum cleaner) helped me to focus on the puzzle. Either that, or it was kind of on the easy side. Either way, it's got to be one of my fastest Saturday times. I would have been under ten if not for SONOGRAM (2D: Baby shower). That's a tricky clue, and even though I had _ONOGRA_ for quite some time, I could not understand it correctly. I should have known ESAS (1A: Spanish pronoun) (D), but I saw "Spanish" and my brain recoiled. And at the bottom, 29A: "Four characters in "A Midsummer Night's Dream" looked like this E_S for a long time, and I kept wondering if I had forgotten about aliens being in that play... Damn the NYTX and their self-referential spelling clues! They get me every single time! 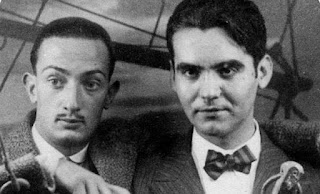 Aside from the mundane-at-best intro and outro (ESAS & PARA), this had lots of fun entries. I wouldn't say it was FREAKINGAWESOME (7D: Fantabulous), but parts of it certainly were. How about 22A: Catch phrase? (IGOTIT) and 25A: Spends time on-line? (DRIES)? Those were two favorites. And I enjoyed the W. C. Field's quote, "A rich man is nothing but a poor man with MONEY." Ha! I liked seeing the full PIEDATERRE (26D: Home away from home), and the full ERICIDLE (1D: Who wrote and sang "Always Look on the Bright Side of Life") (a gimme if ever there were one), and I had all but forgotten about Tony ARMAS.

DROWNEDOUT (46A: Talked over, say) was a nice twist, and 43A: Passing concern (ESTATETAX) was well-clued, too. But I don't know if I quite agree (or see) that ONAPLATE is equal to the clue "Without putting in any effort." When you give something to someone ONAPLATE aren't you making it so that the recipient doesn't have to put in any effort? And isn't the clue kind of putting it the other way around? ... and what is this SONE volume measure? Oh! They mean volume not volume! Sound, not space. Ahhh... ok. now I get it.

I liked this one. The cluing was often clever and amusing, and it seemed to be right in my wheelhouse. I even remembered the old ANACIN commercials! Hope you also enjoyed it.