Tough puzzle today. After about fifteen minutes of staring at the NW with nothing but a tentative SCUD (23A: Gulf War weapon), I asked Frannie for verification of that one word, and then got AIDING (19A: Benefiting) and KOP (27A: Keystone figure) from her as well, and that was enough to give me the rest. DASHIKIS (1A: Colorful pullovers) (A-, minus for the plural) is a great entry. I had heard the word before, but I couldn't have told you accurately what one was. And boy, that's a tough and beautiful clue for MNEMONIC (17A: Loss prevention association?). I'll have to remember that one! :) 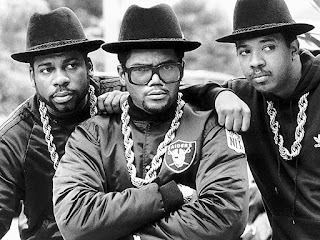 I don't feel too bad about asking for help, though, because ALNICO (2D: Magnet alloy) is crazy hard, HAMID (4D: ____ Karzai, ex-president of Afghanistan) is crazy hard for someone who never watches the news or reads a paper, and 7D: ____ Kamoze, "Here Comes the Hotstepper" singer (INI) was not helpful. And it was especially unfortunate that I had never before heard the nickname KINGJAMES (6D: "The Chosen One" of the N.B.A.). In short, that was a tough quadrant.

Elsewhere, we have the ridiculous CZOLGOSZ (34D: McKinley's assassin), the alternate spelling FOGY (28D: Old-fashioned sort), and the "sounds familiar but hard to come up with on its own" HOWDAH (42D: Elephant rider's seat).

It may sound like I'm complaining, but I am not. I loved this puzzle. Very hard with lots of trivia and words I don't know. Luckily, for me, Frannie just recently read The Old Man and the Sea, and we talked a lot about it, so SANTIAGO went in without crosses. If only I had had more like that...