OK, let's start with something good. I really liked 1D: Children's character associated with a crook (BOPEEP). I was misled into thinking of Oliver Twist, and if I hadn't already guessed OXYCONTIN (15A: Percocet relative) and backed it up with TYRONE (3D: Power of old films), I might have entered it. I also liked 1A: Checks for bugs (BETATESTS) (B+) pretty well. CSINY (10D: TV spinoff beginning in 2004) made no sense at all to me for several seconds as I tried to parse it out, and SEMI (20A: Vehicle with a cab) also took me a good long while to get - even with S_MI! 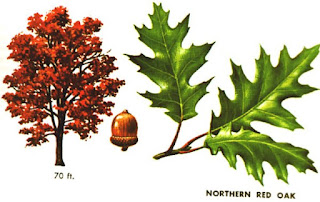 I did not particularly enjoy the lecherous PARTYGIRL (17A: She's always down for a good time), and DEADSEXY (14D: Smokin' hot) I associate only with Fat Bastard in the Austin Powers movies, which is pretty much the opposite of smokin' hot.

"48D: Containing a spoiler, say" (SPORTY) is a clue that is trying too hard to be clever. Sure, a car with a spoiler may be called SPORTY, but I don't think anyone would ever say that a car "contained" a spoiler. It's not natural speech, and it doesn't make for a satisfying solve. Also somewhat unsatisfying were DEARYME (41D: "Heavens to Betsy!"), SNL (9D: Hot show with a cold open, for short) ("Hot show?"), and EXACTO (2D: "Precisely!," informally). And when you put both mom and dad into the clue "Stay-at-home mom and dad," it doesn't really translate well to ROLES. Maybe "Stay-at-home mom and Stay-at-home dad," but that would have been too cumbersome. When they're grouped together, they are no longer roles, they're a weird situation where neither parent works.

I had never heard of either actress (ENGEL (6D: TV actress Georgia) or SLEZAK (46D: Erika with six Daytime Emmys), but the crosses were gettable. My least favorite section was the one that took me the longest to finish - the SE. JOYBUZZER might have been a joke shop purchase in the 1920s, LAMBROAST (62A: Passover meal in exodus) was a generic guess, and OKEYDOKEY (64A: "Sounds good") was just one colloquialism too many for me.