I'm guessing this AJJACOBS is a friend of Mr. Gordon's, because as far as I'm concerned, s/he might as well be a 5-letter WORDSTARTINGWITH LOSANDENDINGWITHER.

Weird. Is that a famous quote? Or just a somewhat amusing, crossword-ish put-down? And speaking of put-downs, I was more amused by what I'm assuming is a hidden themer - ABSENTEE (70A: No-show) symmetrically opposite 1A. 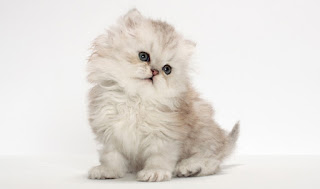 So I didn't love the theme. Partly because I don't know this person, and partly because, like with any quote theme, there are a lot (45) of boxes that must be filled in by crosses alone. In this case, I nearly stumbled on 40D: Things used on a bridle path (REINS) when, reading too quickly, I entered "veils" until the ..AvT.. string made me look more carefully at the spelling of "bridle." Another temporary error came at 28D: Vaping devices (ECIGS), for which I entered "pipes," not expecting the un-announced abbreviation.

I wouldn't go so far as to call the fill BANAL today, but some of it was on the LAMER side. MENACER (60A: Threatening person) and EARED (54D: Dog-____ (like some well-read books)) were kind of meh, and SCOUTCAR (62A: Military vehicle used for reconnaissance) and CAPITALW (12D: Chemical symbol for tungsten), interesting as it is (it is from its alternate name, wolfram), still seems a little forced. I mean, is the "capital" really necessary? Especially with a W, which is capital only in the context of other letters, am I right? You draw a little w, and then draw even smaller other letters, and you've got a capital W. see what I mean?

OK, I admit, that was silly.

It wasn't all bad, of course. ABSCESS (9A: Sore spot), while gross, is a good word, and RESONATE, SANTIAGO, and especially DATABASE are all good. And I liked the clue for SECRET (14D: Like some handshakes and formulas). But over all, the theme left me flat.

p.s. I looked up A. J. Jacobs, of course, and found that he was a "stunt journalist." This knowledge did little to improve the puzzle for me.
Posted by Horace Fawley at 9:40 AM