Classic Sunday puzzle, with a perfect title and a cute revealer - BITPARTS (112A: What eight actors took on for this puzzle?). Everybody loves a rebus, especially one that changes every time it occurs. The hardest one was the only one that's not visible when looking at someone, occurring in O[LIVER]PLATT (102A: "Frost/Nixon" actor, 2008) and [LIVER]ADAR (103D: Real-time tool for meteorologists). I finished with a single R in that cross, having entered "rADAR" for the weather tool. I'm not convinced there is a difference between live radar and radar as clued, but there definitely is a difference between OrPLATT and OLIVERPLATT. So I'll take the FWOE, but I'll complain a bit of inconsistency. 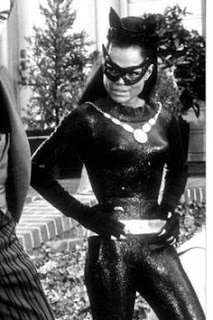 That quibble aside, I enjoyed the overall experience.

I was amused by 11D: Word implied on Opposite Day (NOT), and enjoyed the familiar nature of things like 6D: Cop (STEAL) and 9D: This way (LIKESO). I was a little surprised by the casual inclusion of BONG (52D: Pot holder), but I guess that's the way the world is going. Not that there's anything wrong with that - I was just a little surprised, that's all. I was also surprised to see POCKY (73D: Chocolate-coated snack stick) make it in, but less so.

So, what do we think of OPERA HAT? When's the last time you put yours on? Or ever heard this before? Never? That's what I thought.

As usual in a big Sunday grid, we get some lovely answers like ANTIGONE, MINARET, and POSTDOCS, and a healthy smattering of IST, IND, TIVO, ELO, ILE, etc. I didn't know some of the actors at all, but I enjoyed the rebus aspect, and overall, I give it a thumbs up.