Hi! It's Horace, back to reviewing after what seems like months! :) Thanks to my good friends Colum and Frannie for their excellent and entertaining reviews, and thanks, too, to our legion of readers and commenters. Without you, we would be shaking our tiny fists at the void. Not that there'd be anything wrong with that, since I seem to be doing it every time I catch a bit of national news... but let's not go there. Let's stick to looking down at the puzzle, shall we? 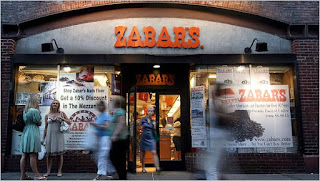 While it's fun to have a Friday puzzle come in under ten minutes, one also feels a bit cheated. At least this one does. I started with the Acrosses, as I often do (despite the opinion, and possibly evidence, that starting with the Downs leads to faster times), and entered the first three without hesitation. Not being a big radio listener, I never actually bought a stand-alone receiver, but I guess I was enough of a stereo nerd that AMP (D+) was the first thing that came to mind (see also: MONO). I guessed right on CAMETO (4A: Snapped out of it), though in discussing it with Frannie, I learned that "wokEup" also fit. And 10A: "____ brillig ..." (TWAS) was the first of several clues that I consider to be, at absolute hardest, Wednesday-level. Others in this category include 24D: ____ Calrissian of "Star Wars" (LANDO), 31D: Oscar Wilde's "The Picture of ____ Gray" (DORIAN), and, for this Boston-based boy at least, 9D: Slugger David who was a hero of the 2013 World Series (ORTIZ).

On the other side we have CENAC (4D: Comic Wyatt), and, for many, I'm guessing, William HANNA of Hanna-Barbera fame. That final A might have been a pure guess for some solvers.

The NW was where I ended up today, and aside from that A, I like it a lot. ALTOCLEF (23A: Viola staff starter) [insert your favorite viola joke here] took me longer than it should have, but hey - I played instruments that either only used the treble clef (sax), or used treble and F clef together (piano), or no clefs at all (casual guitar), so I never had to deal with that freak, the C clef.

Now where was I? I'm already writing too much. I should save some words for the rest of the month! But before I go I'll just call out a few more things: the mini-Italian theme of ITALO, FERRARI, and PERONI (Frannie called this out); the cute "apple" pair of EVE and TELL, and my old favorite ITERATE, which people never use, but could when saying "reiterate." It's like flammable and inflammable. Ahhh, English...

I didn't like ZILLIONAIRES because it's not a real thing. I think the question mark could have gone on that clue instead of the GENDERROLES clue.

Pretty clean, but too easy for a Friday.