RING OUT THE OLD, RING IN THE NEW

Of the "ring out" entries, I am partial to the absurdity of LASTTANGINPARIS (22A: Result of a French powdered drink shortage?), and SUMWRESTLER (15D: One having trouble with basic arithmetic?) isn't bad either. My "photog" self bristled at CAMGEAR. Never once have I heard anyone say that, and I've been in and around photography and photographers since the 80s. 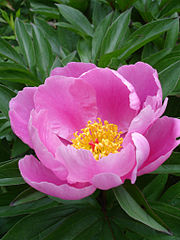 Of the "ring ins," the only one I really liked was INEEDAHUGO (76A: Struggling sci-fi writer's plea for recognition?), but MADCAPO (65D: Godfather after being double-crossed?) got a bit of a chuckle.

It's kind of an odd theme. We need to think of the top of the puzzle as old, and the bottom as new. I guess it kind of works.

In other areas, I liked FLEDGE (59D: Grow feathers), NOSEBLEED (3D: Result of a haymaker, maybe), CONNECT (6D: Couple), PLAGUE (32D: Harass incessantly), and several others. I was held up for quite a while by trying to force "reGAn" into 74D: "King Lear" role (EDGAR). Who the hell is EDGAR? IGUESS I'll need to read that someday if I can't just continue getting by on what I've learned of it from hearing other people talk about it. Sheesh!

It's hardly fair rating 1-Across on a Sunday, but here goes: OWN (Have) - C+. My favorite might have been 33A: Legends in the automotive world (ACURAS) because it took me so long to figure out. My least favorite is probably SOLER (66A: Cobbler, at times). Yuck.

But overall, I liked this one fairly well. Not great, but not terrible. Kind of like the year gone. Sure, the country is F'd, but personally, there were definitely highlights. Frannie and I spent a wonderful week in Paris in February, we had some good production from our vegetable garden, my job is going along pretty well, and perhaps most importantly (as regards this blog) I did much better this year at the ACPT! Here's hoping you can also find good things to remember in a year with so many national lowlights, and I wish for better things for all of us in 2018.