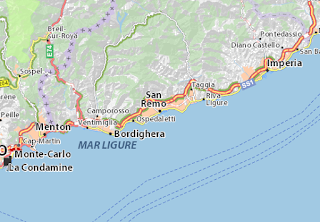 And we have two more characters in symmetrical positions outside of the central two - LILABNER (17A: From which Sadie Hawkins dances come) and ETHELRED (53A: English king nicknamed "the Unready" (ooh, that hurts!)). Interesting commentary on that last one.

To Bruce Haight, though, today, I say YOUGOTME. I dropped in AMeN instead of AMON (20A: Egyptian deity), and failed to remark upon the PECeS river being incorrect. I also did not know FOER (49A: Jonathan Safran ____, "Everything Is Illuminated" author), and IONTV just would not come to me, so I flailed and ended with a mess of a puzzle. Not the greatest way to go into a weekend containing another puzzle tournament. That's right, I've registered for Boswords, and I am very much looking forward to it!

Nice oblique clue for HUE (27A: Outcry), which is pretty much straight from the French word meaning "cry out," (or "boo") huer. And kind of a tricky one for ICEBERG too (13D: A little one is called a calf). "Speech in the Bible" for ARAMAIC was a little too, too, if you ask me. I mean, I guess I get it, but it doesn't seem quite perfect.

There, was, though, a lot I liked. INPEN (46A: Permanently, say) took me a while, and I liked TRAGIC, PENANCE, UNEARTH, and, of course, DRINKUP. Which reminds me, it's Friday! May you all, if you do DRINKUP, act a little SILLIER, perhaps, but not do anything that would cause you to end up ABLUSH. :)