Boy, I almost made it through the week error free, and I actually changed the letter in question today from correct to incorrect. Gah! I had PHENOLS (37D: Chemical compounds in so-called hospital smell) fairly early, but then when I saw that "50A: Individual's unique use of language" ended with "LECT," I immediately "corrected" to an A so that I could put in "_DIALECT." And then, when I guessed at ASIAM for the Alicia Keys album, I thought to myself "sure, 'I-dialect" sounds plausible..." Funny, now, in retrospect, that I should have trusted my faint and fading chemistry knowledge over my language skills. In my defense, "I-dialect," were it to actually be a word, would be pretty much the same thing as an "ideo-lect." 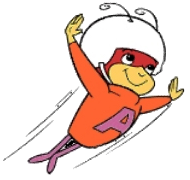 Ah, well... a small blot on my record that did little to dampen my enjoyment of this puzzle. That it should begin with ABLARE is unfortunate, but the TWINKLE starts in the very next answer, and really gets going off of that with THATSSONOTOK (7D: "Absolutely unacceptable), and KOOKS. In the middle, we've got the old-school, but still amusing WACKYTOBACKY (19D: Mary Jane), and two grid-spanners: LITTLEKNOWNFACT and KEEPSITTOGETHER, both strong. I love all the strange-looking letter strings formed in the multiple-word answers - "TSSO," TTOG," "LEKN," "LKTO," ... Everywhere you look there's weirdness. See also: DANKMEMES (48A: Internet in-jokes that have gone viral, in modern lingo.)

There are a few downers here and there (I'm looking at you, JAMESWATT and SHALEOIL), but overall, this was a really fun Saturday. Great close to the Turn, as we like to call the Thursday/Friday/Saturday puzzles collectively. Now it's on to Sunday, whence, I believe, you'll be treated to another week of reviews by Frannie. If she were reviewing today, she might have written out for you the entire copy text of the old TV spots that used to advertise ITT Technical School. Who knew it was now defunct? Oh well, perhaps there will be other chances for her to let loose her pop-culture Tourettes.