The title today, "Person / Place / Thing," describes a sort of a Wheel of Fortune "before and after" type thing, but more structured. I was slightly shocked to find such things as a "head shop" and a "pole dance," but, well, they are things, so I can't complain. And really, all kidding aside, there's nothing wrong with any of them. Rich Little has been forgotten more than Mae West, I think, but both are probably still within the ken of most NYT solvers. (I'm guessing we're a slightly older bunch.) 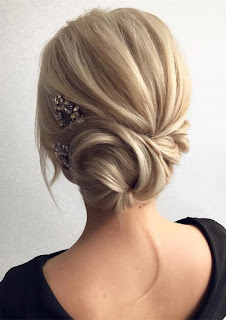 And being slightly older, I love the word WHATNOT (66A: Related stuff). I've also seen an ALPE (83A: Suisse peak) in person, I know singles with EXES, and I also remember Scott BAIO.

I liked seeing the word "24D: Plenish" for EQUIP. It's always fun to see a word without its common prefix. When I first started doing these, I learned that the word "reiterate" is, itself, redundant, and "iterate" is quite enough. And just today in a New Yorker article, I read about a "relict" population. Fun word, but sad article. Anywho...

3D: Take a few pointers? (DOGNAP) was amusing, as was the Wilde quote "Nothing succeeds like EXCESS." I had lEiA at 22A for a while (Princess with superpowers) (XENA), so that took some undoing. ONLYTOO (17D: Quite, despite expectations), too, was difficult to parse, and really, my comprehension of that one is only liminal. And I also liked HELLO (39D: "That's pretty obvious!"). I almost think Frannie and I talked with Mr. Haight about our imagined dialogue using only that one word, inflected in different ways. If we didn't, I'm sure we will the next time we see him. (Hi Bruce!)

And speaking of Mr. Haight, I wondered, when I got to 47D: 1960s Haight-Ashbury wear (TIEDYE), if he has a bunch of San Francisco-related clues in his database so he can reference that street as often as possible. :)

And one last thing - I know Mr. Haight likes it when puzzle reviews are published promptly, so without further ado, I'll get this posted. Frannie will write more later, though, so if you don't see anything yet by her, you'll still have something to look forward to once you've gotten to this point in my review!

It's been a fun week. I'll be back in a few, and until then, Happy Puzzling!

Horace has already highlighted many of my favorite entries. I also delighted in WHATNOT, Plenish/EQUIP, HELLO, and the Wilde quote - so true. I also loved the clue "Father of octuplets on 'The Simpsons'" in part because APU is such a great character, but also because that's a great episode. Here's one quote from it:  "And the outpouring of support has been so lucrative.  ... the good folks at SONY - mwah - their giant TV will really help us love our babies." Apt!

I also enjoyed "Words mouthed on a Jumbotron" (HIMOM), "Stand-alone business" (KIOSK), and "High wind" (OBOE) - ha! I got the answer to "Try this!" (CASE) by way of other answers, but it took me a few to figure out why it *was* the answer. When it did RES in, I LOL'd. Same with DOGNAP, mentioned above. To sum up, what I like about this puzzle in general is that many of the clues put a nice twist in the clue/answer pairs so they take a little minute to figure out, but when you do figure it out, you're like, "oh yeah!" instead of like "wow, really?" It makes solving the puzzle fun. There, I said it.

Along with the ECLAT of the clues, there was all MANNER of fine fill including APOP, COOPT, ALLLEGS, STOKE, and my favorite of the day, NIBLET.

It is possible that I have not yet watched enough World Cup games,  but I still have yet to hear anyone actually say or yell, "OLE". #stillwaiting.

~Frannie.
Posted by Horace Fawley at 9:20 AM