First of all, I'm kind of surprised by the quotation mark usage in the online version of this puzzle. They have "Movie "M*A*S*H" "Up"", but shouldn't it be "Movie 'M*A*S*H' 'Up'" ? Who gave the STET command on that one?! (And for the record, I've put my punctuation outside of their quotations for clarity. Punctuation should normally go inside of quotation marks. Right?) And, really, did they even need those inner quotation marks at all? 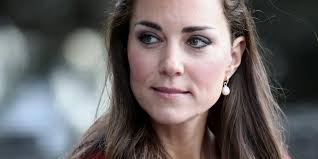 Seems rather de trop, perhaps, to be quibbling about punctuation, but don't forget, Dear Reader, that it's my job. It's my raison d'ESSE. I'm a SLAVE to my own high IDEALS. I can't HELPMEself. IO it to U to sometimes lay it all OUTIE on the line, and risk coming off as an OGRE. But really, all IBEG for is that we remember the ALAMO and...

Wow. That both went on too long and too quickly went astray. Where was I?

The theme today uses one movie title as a clue, and two movie titles as the answer. And one can usually make some plausible reason for the three to be connected. The clue "44A: 'Silence of the Lambs' = ? (1946) and ? (1960)" is answered by NOTORIOUSPSYCHO, and the first film does contain the NOTORIOUSPSYCHO Hannibal Lecter. So that makes some sense. And "77A: 'Jurassic Park' = ? (1997) and ? (1975)" is answered by TITANICJAWS, which the raptors in the movie have.

Less clear to me, however, or at least less beautiful, are NETWORKFAME for "Anchorman," and TRAFFICTOYS for "Transformers." I'm not too SUR about those.

Overall, I SPOSE it's kind of a cute theme, and I shouldn't ACTSO FRANTIC all the time.

I too found this theme to be less than ideal. I suppose the theme answers are meant to be in some way a reference to something in the movie of the clue. In that sense, my favorite is probably SUPERBADHAIR. I just didn't find these all that amusing, and thus, I feel that half the battle was lost before it even got started.

Meanwhile, OSCARNOD is better than "Oscar nom". I also liked AAAS crossing AARON. Otherwise it was mostly an easier than average Sunday puzzle

Hope the upcoming week is more promising than this!