We have a group of four mustachioed villains lurking in today's grid including DRFUMANCHU, YOSEMITESAM (not too villainous), SNIDELYWHIPLASH (great name!), and CAPTAINHOOK. I did a quick image search on all four and Yosemite Sam's got them all beat in the lip sweater department.

I FWOEd in a ridiculous way. I left "Tennis star ___ Osaka" (NAOMI) blank, hoping to fill it in with the downs. One of those downs was ""Cornfield cry," which I decided was CoW, as if someone were pointing out one in the field. See how that TIESIN? Yeah, me neither. I am full of EGRETS.

I thought the clue "Mother in a stable family" (MARE) was amusing. It's nice to see EEL again. It feels like it's been a while. SPACECADET is a fun throwback. And who doesn't enjoy a MADLIB? _____ (Proper noun). And, while we're in the before time, how about the delicious fill ROCKYROAD? According to one origin story for the ice cream flavor in the Wikipedia, William Dryer and Joseph Edy gave the flavor its current name "to give folks something to smile about in the midst of the Great Depression." Mmmmm, rocky road. 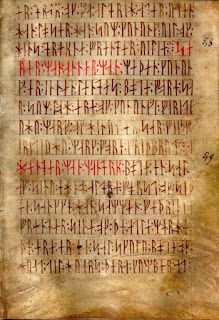 I don't like the spelling TEHEE for something pronounced teehee because if both vowels are pronounced the same, shouldn't they be spelled the same way? I think they  ________ (mild expletive) should. :)