If I were to voice a NIT about the revealer today, it would be that THEDARKSIDE doesn't really work for me as an explanation of why four of the black squares are standing in for the word "dark." One "side" of each of the answers is dark? Hmm... And the slight imperfection of "theme entry symmetry" is also troubling ... but maybe they expected my displeasure and the word NIT is really intended to be part of the theme... :) 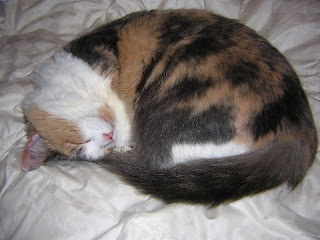 A couple other things left me feeling a little in the dark, too, like "Guy in a suit" for JOHNDOE. Does that seem like enough to imply anonymity? Maybe. I guess... and is an ELF "famously nonunionized?" Is there some long-standing joke about that that I've missed? Again, maybe.

Happily, I KNEW STEPH Curry and India.ARIE from prior puzzles, but my error came at LAMARR (Hedy of old Hollywood), which I KNEW by sound but not by sight. I boldly (and rashly) dropped in LAMAaR, and never went back to look at 26A: Surprise winner (DARK]HORSE). Maybe if that "Finished" button that I wish existed were available, and I had been able to take one quick look at the grid before the final judgement was handed down ... but no. Sigh.

I haven't thought of the word JAKE meaning "A-O.K." for quite some time. Is that usage still copacetic? And how do we feel about UAR, EEO, and RESORB? Oh, I don't know... maybe it's just a little post-New Year's let down for me. I do have to go back to work today for the first time in what seems like a long while. And we did get a fun puzzle yesterday, which was a nice surprise, so maybe I should just put this aside and move on.

I'll see you tomorrow, when hopefully my dark cloud will have lifted.

Posted by Horace Fawley at 7:57 AM