I was something of a slow POKER today. The theme was fun, but challenging for me. In each of the five theme answers, an actor from a movie or TV show was "wanted" in some way. For example, the clue for 23A was "Want an actor from 'Wonder Woman'? and the answer was PINEFORCHRIS. Part of the problem was that I didn't immediately notice that the theme clues contained gender distinction (actress/actor) so I first thought of Gal Gadot and couldn't see how to make it work. It all came together, though, with JONESFORJANUARY. HOPEFORBOB was a nice throwback.

I thought the fill had some nice DEPTS to it, showcasing a fine set of question mark clues (QMCs) including "Single's bars?" (ARIA), "Vow to get even?" (IOU), "By the dawn's early light?" (EAST), and "Game of checkers?" (POKER). We here at HAFDTNYTXPFCA often contrast QMCs with non-QMCs, such as "Something most people don't go into more than once a year" (LABOR) in this puzzle. It is something I try to understand, but I am still NAAN the wiser.

It gave me a small personal thrill to see GRAB clued as "Take rudely". I don't know how anyone else PHILS about it, but the recent rise in wait staff asking to grab things either for me or from me has vexed me greatly. I felt a small sense of vindication that an authority of the stature of the NYTX agrees with me that grabbing is rude. Soapbox speech is now over. 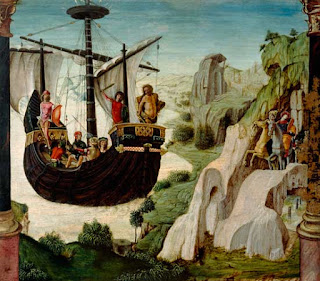 I cannot tell ELI, there were a couple of answers I thought were a little weak, in particular RID for "Stripped (of)," Cobbler's supply (SOLES), and "Word before nose or hair" (BYA).