Happy Sunday, Dear Reader! It's Horace, taking over from Colum last week and Frannie the week before that. I have been in something of a crossword funk lately, so I was happy to be reading their fine reviews instead of writing my own, but now I think I'm coming out of it - and just in time! I had a fast, clean puzzle yesterday, and although today was not what I would consider a fast solve (≈ 32 min), it was at least clean for me - and it was fun! 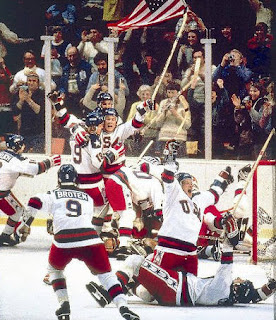 I tend to like a puzzle that plays with the geometry of the grid, if that's even how you describe this. It's given away somewhat by the circles, but as you have seen, the word "gene" appears, circled, diagonally, four times, and each time it spreads out one horizontal and one vertical answer. My favorites are the longer sets - PLANTA[GENE]TS (I think Frannie is related to the Plantagenets in some distant, "wrong-side-of-the-sheets" way. You can ask her about it at the A.C.P.T. if you see her there.) and EU[GENE]IONESCO in the NE, and FRONTPA[GENE]NEWS and RE[GENE]RATION in the SW. The other two sets are not bad, but who's ever heard of a HED[GENE]TTLE, really, or cares to remember the DOD[GENE]ON?

It's a complex theme, and I think the overall grid suffers for it. The structure is somewhat closed, with shorter fill, and some of that is not terribly satisfying. Take, for example, CAF (Latte choice, informally), SPAD (W.W. I French biplane), ITOR, LARC, ONER (which I have only ever seen in puzzles - never in print, and never aloud), EDOM (Ancient Dead Sea land) (which I have also never heard of, but this time it's on me), and ENCYCSTS - yuck!

I look ASKANCE at those, but there were plenty I liked, too:

Two solid QMCs -
ATM - (Tender spot?)
KNEE - (Provider of child support?)
And two solid non-QMCs -
JETS - (Shark fighters)
AUTOSAVE - (Insurance for the crash-prone) Only just now did I realize they were talking about computers!
And the always popular -
CASHMONEY - (Greenbacks) Who doesn't like that?

I also enjoyed the strange clue "Good for leaving handprints in" (WET), because the cement part is just understood. And lastly, I chuckled when I put in the answer for "Nyah, nyah!, e.g." I'll have to remember to ask Colum if he felt that the editors were trying to TAUNT him for his initial answer to "Winner winner chicken dinner!" yesterday. :)