Fun theme today giving us three expressions that represent different kinds of OUTSIDESHOTS: basketball's THREEPOINTER, a hopeful's GHOSTOFACHANCE, and the photographer's LANDSCAPEPHOTO. Now that's thinking outside the box inside the Box.

The solve went right along at first - I seemed to be on Mr. Trudeau's wavelength - but I was rushing a bit, trying for a fast time, and I misread the clue at 23A as 'One of 10 felled in a stroke.' I thought the clue must refer to some myth or similar story so when I entered PEEkSAT for "Gets a furtive glimpse of" (14D), the resulting cross of kIN seemed perfectly cromulent. However, when I finished the puzzle, I did not receive the customary congratulatory message. A quick check of the completed grid didn't reveal any non-words, so I had to go back and re-read each clue. It was at that point that it struck me that 'stroke' was really 'strike' and that PIN was the correct answer, making the perfectly acceptable (but usually unacceptable) PEEPSAT for 14D.

There was a lot to like in the puzzle. I enjoyed both BEDHOG (One monopolizing a mattress) and OVERSHARING, especially the clue, "Describing one's bathroom routine in detail, say." Ha.

"Island ring" for LEI, "Like cocoons and cotton candy" SPUN, and "Beyond well done" BURNT were all good. And SCHISMS is a great looking word.

Also, in reviewing the puzzle, I thought it was kind of funny that 54A is "What a lenient boss might cut you" (SLACK) was followed by "Gave the heave-ho" or AXED. Together they almost make a little story.

Did anyone else enter lpS first for "Audiophile's rack contents"? I did, thinking of the surge in the popularity of vinyl records, but CDS was the correct response. 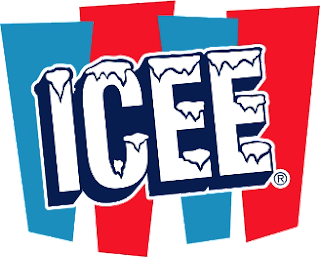 Despite the high number of 3-letter words, not too many ughs except maybe ALG and ERS. And "Relative via remarriage" (STEPNIECE) seemed like a it of a stretch, but who am I to criticize? I think URAL agree that seeing FWOE after a solve time makes bad OPTICS for a reviewer.