Today's theme answers are, according to the revealer, ABPOSITIVE, which in this case means that they are two-word answers where the first word starts with an A and the second with a B. Our first sign of the theme came at 17A. Little did I realize when I entered ALARMBELLS (Early warnings of danger) that I would nearly flounder on the shoals of the Isle of FWOE a few minutes later.

But all that was in the future. I got off to a good start with this puzzle, and, unlike Chili's appetizer with a rhyming name (AWESOMEBLOSSOM) I continued right along, dropping in ISH, MRTOAD, and FETA as fast as I could type. I wasn't sure of the spelling of MORRIE, but I knew who we were looking for. I didn't hit my first real snag until I arrived at COLOMBO. As our esteemed readers know, this reviewer's knowledge of world capitals is slim - A negative for puzzle solvers, that's for sure. However, I managed to move on and things went swimmingly until I arrived in the southeast. That's when things started to get a little fishy. I couldn't get the two side-by-side question mark clues (39- and 46-Down) right off the bat. Not knowing "Workplace of Jack Bauer on '24,' for short" didn't help. My guesses of FBI and CIA did not crack the case. And, even though I knew AGNUS (Sacred lamb, from the Latin,) the 'GS' start to 46 down (Outerwear?) was making me second guess myself. Things were getting tench and I'd just about haddock when suddenly a ray of inspiration struck, and I finally figured out GSUIT and CASTLEING. Wahoo! 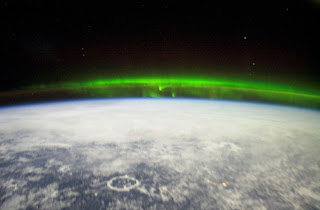 It was a fun puzzle, and I don't want to B negative, but let's just say these three answers weren't my type:
Yardstick part (EDGE)
Encapsulation (ESSENCE)
Flashy one, for short? (PHOTOG)