It's a rainy, windy day today in the Northeast, and that kind of weather can make me MOAN and cry "Enough already!" (STOP), but this fun puzzle makes me feel a little better about it. The somewhat unorthodox theme starts with mere DROPS that slowly trickle until they turn into a stream, a river, a flood, and eventually overflow into SEAS and an OCEAN. I don't think I've ever seen a theme that incorporates both individual entries (DROPS, SEAS, OCEAN), and pieces of compound entries (TRICKLEDOWN, STREAMLINE, RIVERDANCE, FLOODLIGHTS). It's also not entirely symmetrical, unless ARIA has some hidden watery meaning... and then we've got a couple bonus items in BATH and ICE. It's a full and unusual theme. I like it! 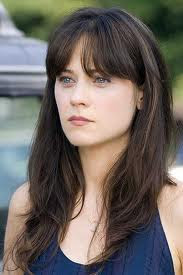 And even though the grid is awash in theme, Mr. Kalish still found a way to float several TALLONES that rise above the waterline of basic, mundane fill. I'm sure he was quite satisfied with HEDONISTIC (Committed to the pursuit of pleasure), for example. SIXTEEN (Four by four?) gets a fun clue (See also: "____ in!" ("Get ready for a wild ride!") (STRAP)), and TERRACOTTA (Warm-colored pottery material) is attractive. HAIRLOSS (Reason for Rogaine) is a bit of a downer, and so is RADIUM (Element discovered by Marie and Pierre Curie) if you think too much about it. So let's think instead of things like Mardi GRAS and HULA dancing.

And everyone loves a DILL pickle. ... but why is DILL relish so hard to find? In my market, there's jar after jar of sweet relish, and just one or two of DILL way off to the side. Hmph!

I hope you enjoyed this puzzle as much as I did. Now it's time to hunker down and ride out the storm. I hear tomorrow is supposed to be sunny and near sixty degrees. :)