You know, I have joked a lot in the past about buying FIFTHS of this or that, but I never really knew how much liquid it was. Turns out, it was orginally a FIFTH of a gallon, which I guess makes sense until you remember that the quart was already an established unit. Anyway, that's 25 and 3/5 ounces, or about 757ml, and something about that particular volume of distilled spirits made it legal to sell outside of a bar in the U.S. Always so sensible, the U.S. of A.

In the seventies, the U.S. decided to go metric. Remember that? I do, I still have the a small metric ruler I got in grade school. Anyway, one of the changes that actually took hold was that the awkward imperial fifth was rounded to a metric fifth, at 750ml. And you know what else is 750ml? A regular wine bottle. I guess I always thought a FIFTH of liquor was closer to a pint, but that was way off. 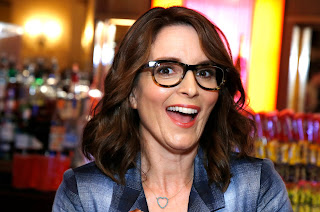 Anyhoo, that was one of many answers today that did not come easily to me. I had a heck of a time with STRIVEFOR (Target). First I tried SeteyEsOn, but that didn't work, then I finally got STRI from crosses, and it was only when I remembered Nikkie DEJAGER (Tutorials wouldn't fit!) that I was able to see that the last word wasn't "on." Whew!

And even though I've seen things like "Letters" for TENANTS before, I wasn't thinking that way today. And I don't remember ever hearing that Tartarus was HELL in Greek mythology. At least if I ever did, I didn't learn it.

But enough about my problems. I enjoyed both grid-spanners - ITTAKESALLSORTS and CROSSOFFTHELIST. HANKERED (Had a craving) is a good word, HUGUENOT (French Calvinist) is a tricky spell, LASSIE (Longhaired star of 1950s TV) was fun. And I loved finally understanding TAG (Make it, gamewise) ("You're it!"). That's an excellent Non-QMC!

Overall, I enjoyed the struggle. Best of the Turn for me.

Posted by Horace Fawley at 8:14 AM