The offset stack seems to be getting more popular, doesn't it? Here, the central three entries get less interesting as you go down. HEWENTTHERE ("Did I just hear him say that?!") is modern and hip, WINORGOHOME (Principle indicating "No second chances") is sportsy and macho, and then WINDOWFRAME (Outer border for 36-Across (PANES)) seems to have realized it was boring and just punted the clue. 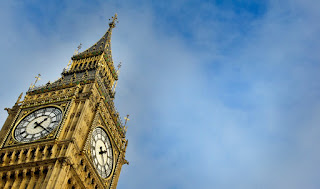 On another topic, I'd like to know how many people actually bother to toast a POPTART before eating it. I know my father does, but I would wager that he is not a typical POPTART consumer. (Hi Dad! EOCENE (Big epoch for mammals) was my first entry today! :) ) I have, I guess, but if I were to somehow come into come into possession of a frosted strawberry one, say, there is zero chance I'd bother pulling out the toaster before biting it.

I'm torn about this puzzle. I liked certain elements - things like WOO (Court), ASITWERE (So to speak), and the new-to-me DADVICE (Fatherly tips, to use a portmanteau coinage) - but a lot of it seemed PROSY. "Skating expos" for ICESHOWS, "Traffic light" for SIGNAL, "Napa excursion" for WINETOUR. I mean, what else could they have been?

And then there were others that tried a little too hard, like "Turn-on for a bartender?" (SPIGOT). Tap, sure. SPIGOT? Not very often, I don't think. I see that it can mean a plug in a cask, but that's not commonly known, and even if it were, how many bartenders are opening casks? "Blue print?" for SEAMAP? OK. And I did not like having to change HISTORYbuff to HISTORYNERD (One who loves to bring up the past).

And I know I'm wont to say I enjoy old-timey answers from time to time, so I should have been happy to see SNOODS, EKE, TAT, FSTOP, ADE, and WAHINE, but today they just seemed DREAR.

I did like seeing THOMAS in the grid. :) And TENABLE's a good word. A SPRINGFLING (Short relationship) is fun, and ADUNIT (Half-page, perhaps) was very tricky.

AAH, what are you gonna do?

Posted by Horace Fawley at 7:31 AM