We have a friend who enjoyed doing the Mini Crossword so much that she moved on to solving Mondays too. I will nudge her to take the next step and move on to Tuesdays, because she and her husband just got back a weekend in NYC where they saw two Broadway shows! Hadestown and A Strange Loop, and even though neither of those two featured today, I still think she'd like this puzzle. :)

If you hadn't realized what the circles were doing by the time you got to the middle, the revealer MUSICALCHAIRS made you sit up and take notice of four musicals in chair form - Newsies, Cabaret, Chicago, and Aladdin. A puzzle at the A.C.P.T. this year used this same convention, but with "sitting presidents" instead. I think it works well for both. 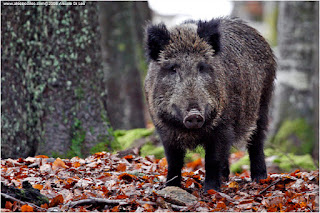 I've learned a lot about the EEL recently. Today I find it is an "ambush predator," last week that it could swim backward, and last month that, as a sushi fish, it is not served raw. Just three reasons that it is one of my all-time favorite crossword words. :)

"Place for a poser" (YOGAMAT) and "People who might bug others" (SPIES) were cute C/APs. CALUMNY (Slander) and RAWSILK (Material used for Indian dresses) (did you happen to notice that RAWhIde also fits?) were fancy entries, and "Sites of frequent touchdowns" (AIRPORTS) was a good non-QMC.

Posted by Horace Fawley at 8:15 AM