Today we find CHINESE DYNASTY ruling names in circled letters at the start of five longer answers. In chronological order, the dynasties are - Ch'in (Qin), Han, Sui, Tang, and Ming. And as a sort of bonus, we get CHOU ENLAI (... leader from 1949 to 1976). ANNODOMINI (Latin phrase before a year), running through three of the names, is somewhat related to the theme in that its another way of marking time. And the latter part of that phrase is echoed at 31-Down. See also 25-Down. WOW. 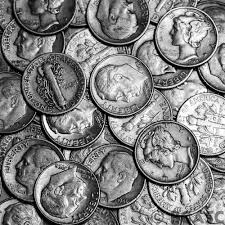 I appreciate the effort in tying together clues to try to make three-letter answers more interesting - "The first 'O' of O-O-O" TIC, "The first 'O' of O.O.O." OUT (That's "OUT of Office," sometimes also seen, apparently, as O.o.O. Me, this is the first time I've run into it, even though I was, myself, O.o.O. yesterday!). And were "Cube root of 1,000" TEN and "Oolong, e.g." TEA also included in that mini theme?

We try not to focus on the negative, but I was a little LEERY after encountering both GEES (Astonished exclamations) and DOHS (Homer Simpson's signature cries) in the first ten Down answers. And having ETTU, ETTA, ITT, and ATTABOY was a lot of Ts.

I enjoyed the reference to the IGNOBEL Awards, and LICIT is a good word. Did anybody else drop in "script" for "Lines at the cinema?" (DIALOG). That was another good one.