Apparently, no one has ever made a crossword puzzle that looks something like an old quilt before. :) Today Mr. Krozel rings the grid with unchecked letters, most of them high-value Scrabble letters, in an almost obviously pangrammatic puzzle. 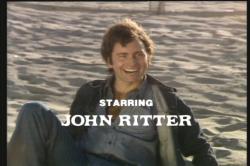 I guessed at ALSO (2D: Adding to that), REDIAL (4D: Phone button) (Is that still on mobile phones?), and HIGH (6D: What you might microwave something on), and with just those three crosses, I'm almost embarrassed to admit how easily I came up with OOPSIDIDITAGAIN (15A: 2000 Britney Spears hit). MILEY (26A: 2000s teen idol, to fans), too, came a little bit to quickly.

A few that did not come at all quickly were VISCID (11D: Sticky) (Yuck. On many levels.), MENOTTI (36A: Italian-American composer who won a Pulitzer Prize for "The Saint of Bleeker Street"), and NIPA (45A: Long-leaved palm). Let's see, there's the "betel," "date," "palmetto," and now "NIPA." You know, I just went looking for other possible palm names and found this list! I suggest you all commit it to memory.

I had mistakenly entered "mmr" for 24A: Vaccine letters (DPT), and I had no idea what "25D: First name on PBS" (TAVIS) was going to be, but when I showed it to Frannie, she said them both instantly.

Loved the clue for RIVER (32A: Ohio or Illinois, but not Indiana), and I guess I appreciate the backward-nature of the clue for FAILINGSTUDENTS (7D: One measure of a school's success), but most of the long stuff was a bit mundane, and some of the other stuff was a bit off-putting (SHU, EDU, CEOS, MAS, and lots of names - DANL, GABE, LENOS, PHIL, and others already mentioned.

Unchecked letters aren't really my thing. Nor are pangrams. So I guess this wasn't my favorite.