Very odd theme today. LION(S)HARE (66A: Almost all ... and a hint to the five circled letters) indicates that the letters of the word "lions" will appear in the five circles, and they will be "shared" by the first and last words in the Across answers. That they are not also "shared" in the Down answers is a bit of a downer, but I guess those answers don't actually have two words, so there's nothing to share. OK. I guess I can accept the "Across only" aspect. 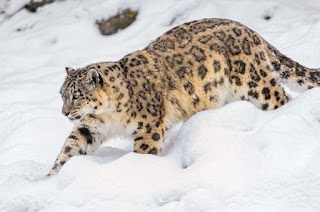 It's interesting to me that I actually tried entering SK(I)NSTRUCTOR (24A: One whose work is going downhill?) and CHICKE(N)OODLE (53A: Campbell's variety) with the double letters before figuring out the theme. I think I finally figured it out with the revealer, and then the others filled in pretty fast. And if I have one main complaint about this puzzle, it's that it played a bit too easy. For me, sub-15 on a Thursday seems a little quick.

Not everything was easy, though. It was a pretty tough clue for EBERT (8D: Friedrich ____, first president of the German Republic) for a change. And RAND (42D: South African money) took every cross. See also: ARIA (37D: Las Vegas casino opened in 2009) and ANSE (72A: Addie's husband in "As I Lay Dying") respectively. But IDIOTPROOF (11D: Easy-to-use) was a gimme, and SEEIFICARE (29D: "Do what you want") only took a cross or two.

Overall, though, as I look back at this, I like it. The fill is decent, and I enjoyed several of the clue/answer pairs, like 45D: Matter of interpretation (INKBLOT), 54D: "____ me" (HUMOR), and DRSEUSS (9D: Source of the line "There is no one alive who is you-er than you!") took way longer than it should have, because I was scared of the odd letter combinations for a while.

In honor of the German Republic's first leader, I'll give it a thumbs up. Not way up, but up.