The revealer is POTHOLES (60A: Road hazards … four of which are illustrated literally in this puzzle), and it took me a little while to realize - after I had solved the puzzle - that the As have fallen down below the hole. I thought that they had just been swallowed up into the hole, but then why wouldn't they still work for the Downs? But no, they fell. It's still odd, though, that they are just parts of other words down there, and why is it always the letter A? I'm not sure how this could have been better, because you can't really have four unchecked As… and I guess the Down answers couldn't be a part of the theme, because what would the A have fallen into? Still, I think the whole thing is weird. There. I said it. Also, I think APOTHEC[A]RYSSHOP (36A: Place for pre-20th century medicines) is poor. 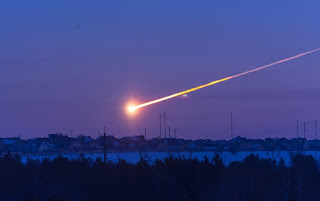 I thought something was definitely odd at 14A: Recognition from the Academy (OSC[A]RNOD, but I didn't get the trick until 46A: "How to Win Friends and Influence People" writer (DALEC[A]RNEGIE. - Wait a minute, I see now what's going on! The middle is falling out of the word "CAR" in each theme answer. I knew there had to be something more. How embarrassing. Well, that makes it a little better, but I'm still not totally convinced it was worth it.

The NE was where I ended today. I didn't know TOTIE (12D: Funny Fields) (never heard of her) or SNELL (13D: Part of a fishing line to which the hook is attached) (might have once heard this, but didn't remember it), and UNADON (16A: Japanese dish whose name means, literally, "eel bowl") took a long while to come to me, even though I immediately thought of "unagi." Oh well. Eventually I got there. I think it was IDIOM (11D: "Dark horse" or "bring to light") that finally did it for me.