I found this one hard to get into, so I left it for Frannie and went out to do the grocery shopping. When I got back, she had all but the NE pretty much put away, and there she might have been having trouble because one of the few things I had entered before I left was wrong - "saladA" for NESTEA (31A: Lipton rival). Kind of a crazy one to put in before I had anything to back it up. I tried to see what the theme was, but couldn't figure it out until after I had finished the whole thing and spent a minute or two looking at the eight theme answers. 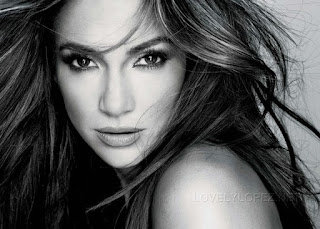 The revealers are ISNOT and ISTOO, and they affect alternate theme answers. ISNOT, for example, indicates that the "is" sound is missing from FICKLETHERAPIST (21A: *Shrink who's always changing his diagnosis?), which is unfortunate for its possible mistaken reading of "the rapist." With the "is" added, it becomes "physical therapist." Not bad. ISTOO works on the next one, and when we remove the "is" from DANCINGCUISINE (26A: ** What ballet patrons dine on?) (ridiculous), we get "dancing queen." OK. The theme answers as they appear in the puzzle are absurd, as is sometimes the case, with the most natural one being AUTUMNSPECTRUM (113A: *Fall colors?) ("autism spectrum.")

In non-theme material we find some good things. I like the oddness of ABORC (74A: Multiple-choice options), but Frannie thought it could have been "abcord," because most multiple choices, she feels, give four options. Over in that same zone we have the amusingly clued CODED (66A: In need of a cracker, perhaps) and PARDONS (92A: Removes from a can?), and elsewhere I liked HAGGLE (117A: Talk down?) (but the question mark is unnecessary), JUJITSU (13D: It has a variety of locks and pins), and the nicely colloquial pair of LETERRIP (38D: "Fire away!") and OHHELLNO ("Over my dead body!") And I suppose you could add to that set KERPLUNKS (48D: Sounds of fall?), which is also nice.

And what about 1A? Well, I'm sure Huygens would have been happier with a different clue, but the classic "Bye at Wimbledon" didn't fool Frannie, who remembered it from a very recent puzzle. I like it, but I don't love it. B-.

There's the usual smattering of LAMER fill (RETAP, REOPEN, SOLI, MSU, YSER) and lesser-known names, and on the whole, Frannie didn't think the theme enhanced the solve all that much while it was going on, so we end up giving this one a solid "Meh."