Hi everybody! Please forgive the lateness of my review - Frannie had a rather nasty bike accident yesterday and we spent much of the day in the hospital. She's got a broken arm and five or six stitches in her chin, but fundamentally she's all right, and she'll heal up nicely. For now, though, she'll have to let me do the puzzle filling-in for a little while. To tell the truth, though, I forgot about the puzzle entirely until this morning as I woke up and realized that it was October. 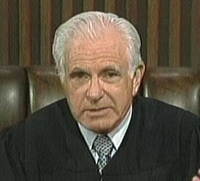 So let's get right to this, shall we? Wait, no, not yet. First I want to thank Colum for his excellent month of reviews, and for introducing the new 1A grading theme. Very nice work. I'm pretty sure I won't continue (or is it "steal?") that idea for this whole month, but I will give today's [WARM]BODY (1A: Any old person, so to speak) a grade of A, because it both contains a rebus, which you know I love, and it misled me for much of the solve. I was able to fill in everything in the NW but that first square until very late in the game. I kept reading "old" as "aged" and I couldn't figure out what would fit with both "body" and "1D: Get ready to play." Was there some homonym for "ante" that meant old? "Suit?" "Dress?" ... anyway, I think I finally figured out the rebus on the very last square, after GO[dry] didn't work with HEAD[dry] and I finally realized it was HEAD[COLD] (70A: Cause of a stuffed-up nose) and GO[COLD] (64D: Peter out, as a trail). That immediately gave me [CORD]IAL (59D: After-dinner drink), and with that, the word chain, or whatever those things are called, and then, finally, [WARM]BODY for 1A. Phew! So anyway, yes, I'm giving it an A. If I'm giving grades at all, that is.

The rest of the grid had some stock fare (ESSEN, EMIR, ARNAZ, TNT, TRI), but there were also some excellent bits of fill. NASCENT (29A: Budding), INFERNO (10D: Conflagration), ANTFARM (39D: Provider of underground entertainment?), PARIAH (50D: Outcast), BESTIARIES (28D: Books that may depict dragons, unicorns and griffins) (leaving out the Oxford comma there kills me, but I'm faithfully recording the clue as written), and SCREENSHOT (8D: What a tech specialist might ask you to send) are all excellent. AZOTH (37D: Mercury, in alchemy) is, well, completely unknown to me, but the crosses were all fair. TRASK (7D: "East of Eden" family name) is another toughie, but again, I got it without knowing it, so I guess it was fair. At least from where I sit.

Overall, an entertaining Thursday. Three thumbs up from me and Frannie! (See... she's got one in a cast... too soon? Yeah... probably. Don't tell her I made that joke. :) )

Posted by Horace Fawley at 8:09 AM