A decent Saturday. I thought of NIQAB (1A: Cover for a Muslim woman's face) right away, but for some reason didn't pull the trigger, but did go ahead and enter INURE (14A: Toughen) without any support. I got a little nervous when I got down to 44A: Toughens (STEELS), but everything worked out fine with that, luckily. 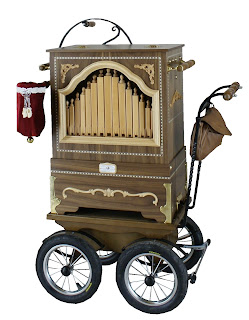 I really dislike BLEARS (21A: Dims), and I'm a little tired of AIRACES (35A: Some Medal of Honor recipients). LACAN (31D: Jacques ____, French psychoanalyst who studied hysteria) and DORA (15A: Pseudonym of Freud's famed hysteria patient) made an odd, but appropriately Saturday-level pairing. And speaking of sets, I preferred the duo of CHESS (27D: "As elaborate a waste of human intelligence as you could find anywhere outside an advertising agency," per Raymond Chandler)(nice) and ROOK (52A: Starter on square a1, h1, a8 or h8).

There's some good stuff, too. It's the best clue for ENYA (54A: Singer who has recorded in Tolkien's Elvish language) that I've ever seen, and I liked the good clues on the "family-ish" set of BEDTIMESTORY (21D: A tot often goes out in the middle of it) and NIECES (1D: Two of Ferdinand VII's wives, to Ferdinand VII), and AGEONE (35D: When preliminary steps are taken?).

Other bright spots include AGHAST (39D: Shocked), VIRILITY (33D: Manliness), EVOKE (17A: Stir up), and EOCENE (26A: Epoch when horses first appeared). Maybe that's when eohippus existed? A "new dawn" of a "new horse?" Probably.

Anyhoo, as I said, a decent Saturday. Some things, like, ADULTSITES seemed a tad arbitrary, but  there were plenty of good things, too.