Ahh... circles. Not my favorite theme type. They tend to strike me as being a little thin, and this is no exception. Four feelings: "hope," "rage," "love," and "loss" are circled in down answers. Symmetrical theme answers, but not symmetrical circles... not such a big deal, but not beautiful. 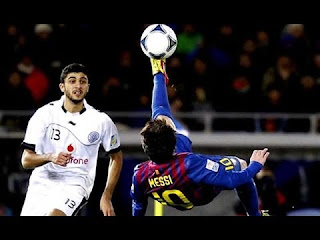 Neither of us knew CARLOSSLIM (30D: Mexican once ranked as the world's richest man), and DANECOOK (19A: Comedian with the double-platinum album "Retaliation") only rang a faint bell, but GINSU (65A: Kind of knife once touted in infomercials), on the other hand, was immediate. From the clue, I guess they don't still have those commercials. Are they still sold? Did the "lifetime guarantee" finally put them out of business?...

FRENCHOPEN (3D: Tennis tournament played on red clay) is nice, and Frannie liked the pair of "bunny" clues - 43A: Mogul with a Bunny (HEF) and 51A: Celebration with a bunny (EASTER). DEFT (39D: Nimble-fingered) and BUXOM (41D: Like women in Rubens paintings) are good words, and Massachusetts is nicely represented with CAPECOD (38A: Massachusetts vacation destination), even though we always head north to "old Massachusetts." Isn't that what Maine likes to be called?

There are some unfortunate plurals (CSIS, EVES, OLES, OAFS, AMPS), but, well... it's fine for a Tuesday.

Overall, though, maybe more of a C.