Crossing those mistakes were NOBID (14D: Like some shady contracts, from an auditor's standpoint) - a tortured reference to the sphere of professional bridge playing, I'm guessing - and OSAMA (29D: Former cave dweller, informally) - which I find to be distastefully clued. And speaking of clues that left a bad taste - 43A: Spray source (UZI) was another one. Spray? Really? Gross. 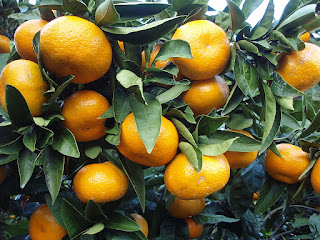 I guess the clueing throughout put us off of this one. 60A: Risk territory west of Siberia (URAL) seems unnecessarily obscure. For 44D: Sharp knocks (ZINGS), "dings," "pings," or even "bings," could have worked and might even have been better. And if you're going to put both IDYLL and ODE in a puzzle, why cross reference only one of them to POEM?

I suppose I should just LETGO and enjoy the several nice long Down answers. TRATTORIA (31D: Mediterranean bistro) will no doubt remind Colum of his recent stay in Italy, and ARGYLES (4D: Holders of diamonds?), despite its questionable clue, is a nice word. BITCOIN (40D: Modern transaction unit) is good and current, though I wonder just how many transactions are transacted using them.

On the bright clue side, I liked 33D: Starbuck's order giver (AHAB). Overall, though, neither of us particularly enjoyed this one.