A nice, tough, Saturday. I got almost nothing on my first pass, then finally got some traction in the SE corner, where ODYSSEY (43D: It tells of a trip to Ithaca) was a gimme. All those nice word-ending letters! Same thing with SWEENEY (63A: Actress who starred in the "It's Pat" sketches on "S.N.L.") - nearly a gimme, and full of final letters. Love the clue for NOW (59D: Oxymoronic lead-in to "then"), and the double Ws in NEWWAVE (42D: Aggressively modern) look great (see also the double Gs in MAHJONGG). PHEWS (55A: Close-call cries) is less good, but PKWY (N.Y.C.'s F.D.R. Drive, e.g.) is acceptable, mostly because I am amused by the preponderance of abbreviations throughout. Thinking perhaps of "dulce et decorum est pro patria mori," I tried "pro" at 47A: Non sibi ____ patriae" (Navy motto) (SED). It's something that those in the military probably (hopefully) believe, and "pro" could almost still work, but the "but" is better (not to mention correct). "Not for self, but for country." 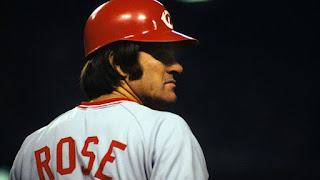 After that, I got a few random things and handed it over to Frannie. She got just enough to prove that some of what I had entered was wrong, and after that we worked together to finally put this thing to bed.

There was much to enjoy, I think, but Frannie felt less love for the grid. Maybe that's just because I ended up getting all the fun ones. :) I enjoyed the Native American pair of SENECAS and ONEIDAS, despite the pluralization of both, and I love the clue for OPENSEA (2D: Deep). So poetic. And speaking of poetic language, it took forever to come up with STRATEGY (7D: Chess necessity), because I was thinking too literally, which is just what Mr. Huget wanted me to do! Surprisingly (if you know the two of us at all), it was Frannie who finally got that answer!

There is, as usual, "glue" like TER and AES and EEE and SYN, but then there's NIPSEY (46D: Russell of comedy) and RINGDINGS and GECKOES, so it's all good. Oh, one last thing, which I might have forgotten yesterday - 1A: Tributes (HOMAGES) - Solid B material. Maybe even B+.