It took me forever to find my error today, but I won't keep you in suspense. It was NETS (51A: Catches). I had "gETS," and because I had an immediate "I can't be sure of that" reaction to 42D: Hebrew name for God (ADONAI), ADOgAI looked as good as anything else. I guess. Or I just never went back until I had to. Of course, in hindsight ADONAI looks much better. 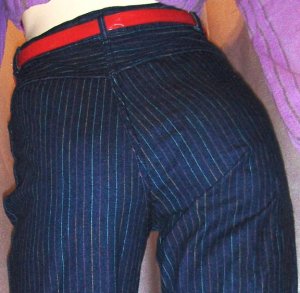 My own problems aside, I thought the theme today was pretty good. FOODCOURT (34A: Legal setting for 17-, 25-, 45-, and 53-Across?) took me a while to get, but once I did, it helped me to get almost all of the theme entries, which were not coming to me at all without the revealer. CANNEDCORN (17A: 34-Across case involving ... wrongful termination?) is probably my favorite, because of the word "canned." The others are only mildly amusing, but overall, I like the set.

I thought this was, like yesterday, slightly harder than usual for the day. DART (9A: What tiny fish and eyes do), ACES (13A: Hunky-dory), and ENNUI (15A: What might lead you to say "Whatever") were tough to know right off the bat, and that made getting started a bit of a chore. And the Downs weren't a whole lot better. I couldn't remember JACKASS (1D: Onetime MTV reality stunt show) for the life of me, even though I knew exactly what they wanted. UNC and SNO were poor, but DAM (9D: Stop for water) was excellently clued.

The seven-stacks in the NW and SE are both pretty good, isolated though those corners are. MANIACS and DETESTS are both strong. And the pairs of sevens in the other two corners give this whole grid a somewhat chunky feel.

Not the greatest Wednesday, but certainly not the worst.