Well, I was totally wrong about the bylines for Friday and Saturday, but I am not unhappy, because a name’s been added to those I will recognize as a “favored creator.” Mr. Polin has given us a tidy little treat today, and he only needed a 14x14 grid to do it! Well, he “used” the “blanks” around the edges, by cluing them in such a way that they could be answered with “blanks,” and it didn’t matter that there were more spaces than necessary for the word, because it’s the thing itself that answers the clue. I’ve never heard of Billy Blanks, but I’m guessing that’s who it is. (I suppose it could be Billy Blank, but if it were, that would be slightly less elegant.)

On my first pass through I got very little, but I did end up entering the word “blanks” at “1D: Valuable things to have in Scrabble,” and at “44D: Unstamped metal discs used for making coins.” I thought that was strange, and started thinking about whether or not it could be possible that every answer would appear twice. I got nowhere with that idea, and set the puzzle down for a few minutes while I chatted with Huygens about various topics. 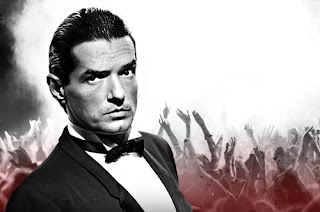 When I opened it up again, I focused on 25A and 39A: “region beyond the Kármán line … or a literal hint to what this puzzle has.” I had the U from “____SUIT,” which I had entered because I wanted APESUIT, but it would not fit, and the R from ROSIE “26: W.W. II poster girl,” one of the few gimmes that allowed a toehold, and from other nagging things, like wanting ALOHA for “42A: Greeting that means ‘love’ or ‘peace’” (cue a Huygens comment about their trip to Hawai’i), and knowing that LILLE was probably right for “8D: French metropolis near the Belgian border…” Did I mention that Frannie and I spent a very happy three or four days in an AirBnB in Lille a year or two ago? The French people we know, when we told them of our trip, said “Why?,” but Lille turned out to be quite a fun town. Anyway, little things like that finally allowed me to figure out the theme before I really had much of anything else. I worried for a bit that the “outer spaces” would extend beyond the grid and be difficult to solve online, but soon enough realized that it was a puzzle that would be reduced within the grid instead.

Phew! Seems like this is getting long, but I also want to add that I love the addition of so much “theme” material today. In addition to the OUTER/SPACE revealer, and all the “blanks,” we have the beautiful crossing thirteens of LUNARECLIPSE, ALIENINVASION, CONSTELLATION, and USSENTERPRISE. All of them, lovely, lovely answers. And “bonus” material like SOL, SETI, and maybe even the two “weird” answers EERIE and OUTRE. And maybe FLIER? And SEGA (46D: Creator of Saturn)?

Love the clue for ALI (51D: Winning party in Clay v. United States). Love the word FAIN (37D: Willingly, once), because it reminds me of Edna St. Vincent Millay. Love the whole thing. Sure, you might grumble at MONAD (43D: Unicellular organism), or think that LAPUTA (16A: Floating island visited in “Gulliver’s Travels”) is a bit of ARCANA (15A: Abstruse knowledge), but these are ITSY complaints and are of no USE, to which I cry AWAY!
This was a great end to this unusual week. Thank you, Mr. Polin.