It's been a pleasure being a part of your day, lo, these last three years, and it pains me to say that it must now come to an end. Not because we have lost interest - indeed, I think we have just begun to hit our stride with this month-to-month handoff of responsibility - but because DUETOBUDGETCUTS THENEWYORKTIMES CROSSWORDPUZZLE WILLENDTOMORROW. Yup. That's what it says. Read it and weep. But, well, we've got this one last one, so let's review it, shall we? 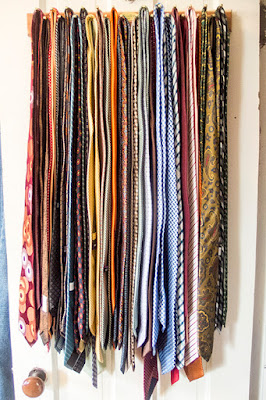 It's a very tidy theme Mr. Gordon has come up with - fitting natural language into four grid-spanning fifteens. For that smooth and high-quality theme we suffer a few slings and arrows - OCEANARIA (62A: Large marine fish tanks) and ANOSMIA (52A: Inability to sense smells) may be valid words (both return fewer than 500,000 results in Google, while "Miley Cyrus," by contrast, spits out more than 85 million), but they feel just ever-so-slightly forced today, don't they? IONA (37A: The Gaels of collegiate sports) is unknown to this solver, but although ROUE (2D: Marquis de Sade, e.g.) and RRS (50A: Pennsylvania and others, Abbr.) are also quite crosswordsy, I don't mind them so much today. Maybe it's the cluing, maybe I was just put in such a good mood by the theme, or maybe it's that I'm looking forward to getting down to Stamford tonight for the ACPT!

Or maybe, just maybe, it's because of all the other quality fill. I enjoyed CLOISONNE (15A: Decorative enamelware), CADRE (49D: Military group), and BROCADE (5D: Fancy fabric) not least for their "Frenchiness." WEBINAR (42D: Online course) is nice and modern, and RIOTACT (56A: Vigorous reprimand) reminds me of my sister, and that's always a good thing. :) (Hi Sue!)

And speaking of sisters, 1A: Sister brand of Scope (ORALB) gets a rating of C-. We generally turn our heads from commercialism here at Horace and Frances and Colum, so if you want a good grade on 1A, you'll try to amuse us rather than sell to us.

But let's end on a better note, shall we? That Milton BERLE sure was a funny guy, and he's quoted well in 32D: Comedian who married Joyce Mathews in 1941, divorced her in 1947 and married her again in 1949 "because she reminded me of my first wife." HA!

Thumbs up from this April Fool!