I caught on to the theme, whatever it is, within the first couple minutes, and all but the NW and SE were done in about half of my final time. 13A: Goldfinger's first name (CIRUA) ("Auric") was particularly tricky, and I wasn't really expecting the backward thing up there, because, well... let's see,  ... ok... I figured it out! 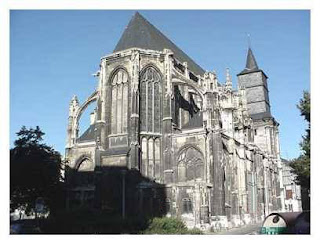 There was a compass point in the middle of the grid while I was solving, but I didn't really take the time to figure out what it all meant, I just discovered that things were going in different directions sometimes, and I went with the flow. Eventually, it all worked out. Now that I have a few minutes to figure it all out, I see that the puzzle is divided into four halves, if you will. Everything East of center goes forward, everything West of center goes backward, North goes up, South goes down. Additionally, we have WESTEND (34A: London theater district), EASTMAN (38A: Inventor of roll film) (a gimme for this photographer), SOUTHEY (43D: Contemporary of Wordsworth and Coleridge) (not a gimme, even for this poetry fan), and NORTHER (6D: Arctic gale). That last is the weakest of the bunch. Also, I guess I'm writing things in the way that they can be read. I'm assuming you already solved the puzzle. You know how they appeared in the grid.

So, overall, I love this puzzle. I love this kind of a "free-for-all" theme, where the constructor is allowed to bend the rules of puzzledom. It's something like what you see in "Puzzle Five" at the A.C.P.T. every year, and it's something that hardcore puzzlers (or at least this hardcore puzzler) very much enjoys from time to time. And for this amount of work, I am willing to accept NORTHER, ASOLOPE (50D: Slanting), STEGOSAUR (without the "US" that I'm so accustomed to), and pretty much everything else that's questionable.

My favorite entry might be CIMONOGRE (22A: Like some office furniture) ("ergonomic"), because it looks so cool. Like a French word. ("Il est un brute! Un vrai cimonogre!...") And speaking of French, Frannie and I just walked past the "Temple of St. Eloi" in Rouen tonight. (It's today's photo.) I suppose it's a little outré, comme idée, but maybe that could become an alternative cluing for ELOI (31A: Morlock victims, in science fiction). ... yeah... probably not. And also speaking of French, NANAS is slang for "hot babes" in French, but I like today's clue even better - "Spoilers?" As in, those who spoil (their grandchildren).

OK, that's probably enough French for now. There's always demain. But before I sign off - 1A: 50s president (GRANT) gets a B. I appreciate the attempt at misdirection, because we all think of Truman and Eisenhower. Once I realized they wouldn't fit, I went to the 1800s and thought of "Tyler," because who knows, really. And he was close ('40s). But Grant wasn't president until after the war. He didn't start until '69, so the clue would be almost two decades off! ... But! He is on the fifty dollar bill, so I guess it's legit. Damn! That's a tough one!

Still, as I said, I love this type of thing. I'm giving it a big thumbs up.