Just like at the tournament, I was tripped up by not knowing a proper name. This time it was PAULA (15A: Creamer of the L.P.G.A.). I had entered SiNKIN for 9D: Hit home (clues that play with tenses can be very tricky!), and it didn't really set off any alarms when I saw PAULi go in. I suppose, if I had thought for a minute, PAULA would have made more sense in the LPGA, but, well... I didn't. 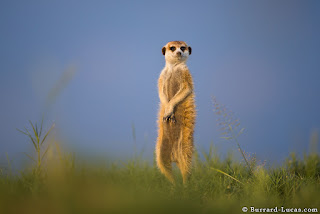 Aside from that, I rather enjoyed this one. I think it won me over with ILOVEPARIS (11D: Song lyric before "in the winter when it drizzles" and "in the summer when it sizzles.") Both are definitely true for us, and we'll be flying into the City of Light in just a couple weeks! We won't be seeing anything more than the airport on this trip, but still, it's nice.

SOPRANO (4D: One who may finish on a high note) was excellently clued. I liked OPENLINE (5D: Metaphor for easy access), SEETOIT (24D: Carry out a duty with diligence) (looks weird), and PARTYHAT (49A: Conical topper). I tried "dunceHAT" there at first. Must be thinking too much about my performance at the recent A.C.P.T. Hah!

I like today's theme, too. Variants of the sentence "What is it?" answered in different ways. Very nice. 1A: "Sonar"-equipped fliers (BATS) gets a C. It's fine. Not great, not bad. C is okay. There's some less-than-okay fill, like PENTADS (37A: Quintets), TNUT (58D: Letter-shaped fastener), and MPAA (55D: Grp. assigning film ratings), but really, there's not too much of that sort of thing. I'd say on the whole this was a decent Wednesday. Thumbs up.